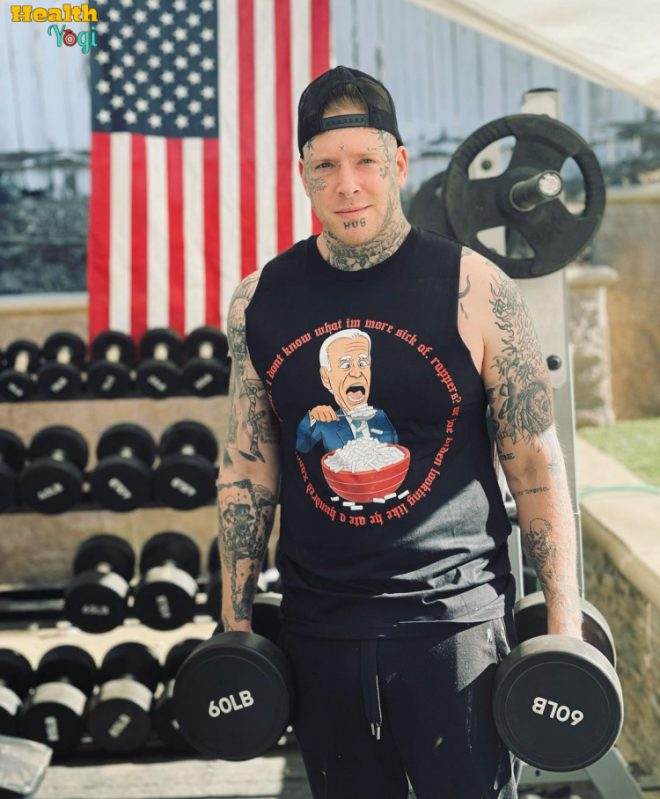 Tom MacDonald Workout Routine and Diet Plan: Tom MacDonald is the perfect impersonation of individualistic idealism that vouches for somebody to not repress themselves, change courses if needed, and always speak their mind.

He went on from being a carpenter, and an addict to a professional wrestler and now a world-class independent rapper. He is a political Canadian rapper, songwriter, and former professional wrestler. Some of his famous creations include Dear Rapper, Fake Woke, Snowflakes, Brainwashed, and the recently released Riot. 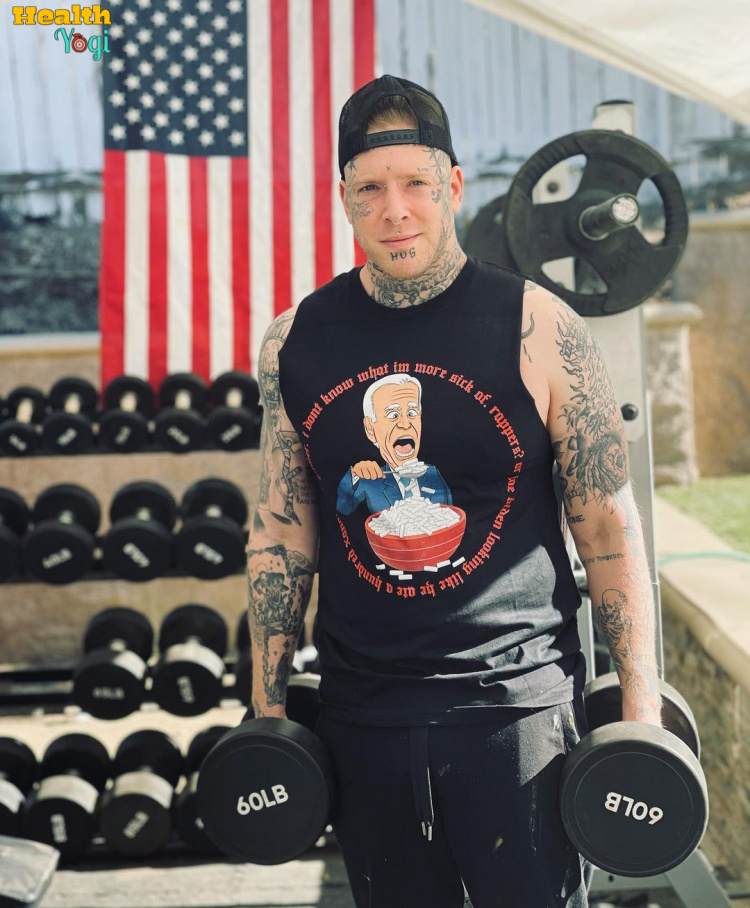 Though one may always reap the physical benefits of being a wrestler at some point in time, the rapper still holds a pretty substantial body with lots of muscle mass. 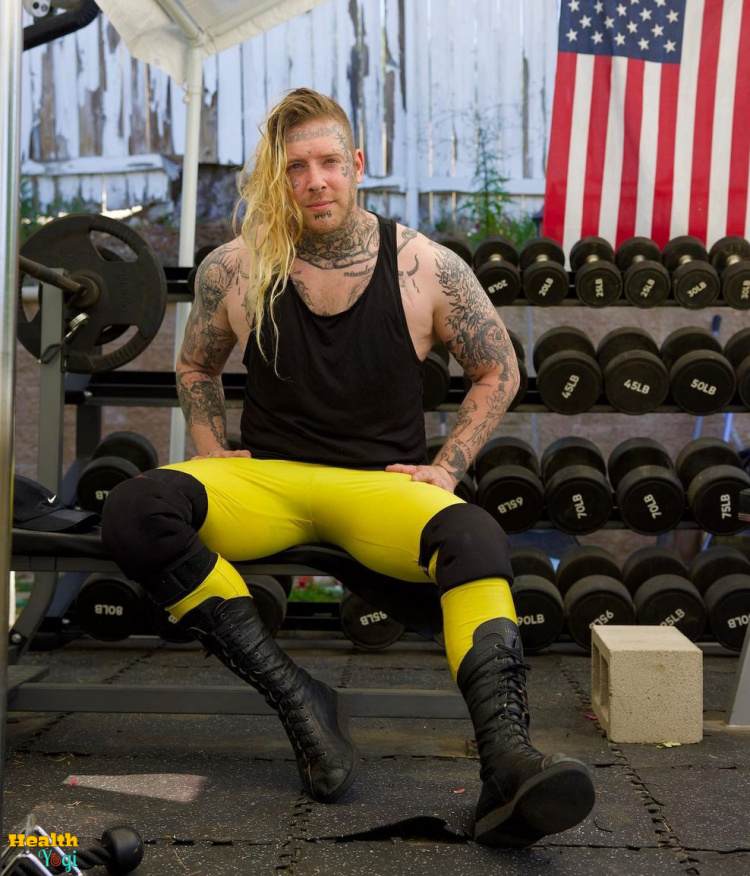 In a recent post, the actor shared that he was hitting hard on the treadmill for his new song Riot. He even stated that it was more intense than before and the rapper was in much better shape after a while. Treadmills are essentially cardio exercises that build strength in your lower body too. It works on your endurance, bone health, strength, and cardiovascular capacity. Being a complete package, the Treadmill finds its place in most workout routines that we have covered. You can also add a 15-20 minute Treadmill session to your every workout routine.

In the same post, the rapper also mentions that he was lifting lots of weights too. No wonder, he seems to have a good muscle mass. In another post, the rapper can be seen posing with lots of weights where he mentioned that he was going on a session similar to that from his wrestling days after a while. The rapper also revealed he was reminiscing about the first time he went to train as a wrestler, which was 10 years before the post.

Weights are an essential part of building muscles, and it is also very effective. Even women should lift and build muscles to put off unwanted body weight for a long time. Lean muscles are very effective in burning those extra calories that roll around unwanted portions of your body in addition to building strength. 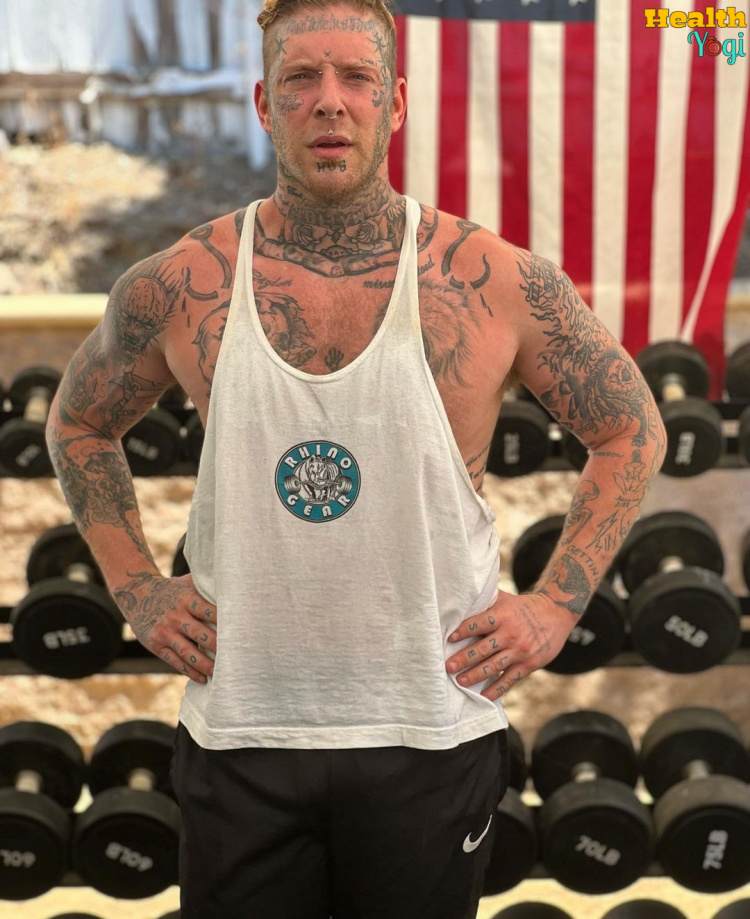 In another Instagram post, the rapper shared a basketball goal that he landed right in the net in the first attempt itself.  The rapper keeps his body quite active all the time. Being a wrestler has some role to play, but you can also be physically active by being aware/mindful of how you feel at a moment. Famous Holistic Health expert Luke Coutinho says that one just needs regular movement to remain healthy and not necessarily a gym membership or a fad fitness class.

So, you can keep your body active by taking regular breaks if you have a desk job, taking stairs, or cycling to work. These are some very cheap but effective ways that go a long way, you just need to be conscious of your everyday choices.

In a Facebook post, the rapper opined that nothing gets your mind right like a good workout. He also suggested his fans try it out in case someone struggles with mental health or even otherwise. Exercise has been proven to release “Endorphin”, a feel-good chemical that enhances feelings of pleasure and relieves pain. To MacDonald, Exercise is way better than pills on the market and one must try it if they are struggling with mental or physical health issues.

Tom likes to work out first thing in the morning and he shared a before and after post on his, Twitter handle.

Most of his exercise is weights, deadlifts, and other mobility and flexibility exercises.

This is all about Tom MacDonald Workout Routine.

The Rapper likes steaks, roasted corn, and Barbeques. Since he lifts, he requires lots of protein for his muscles and regularly eats meats and other plant-based proteins. 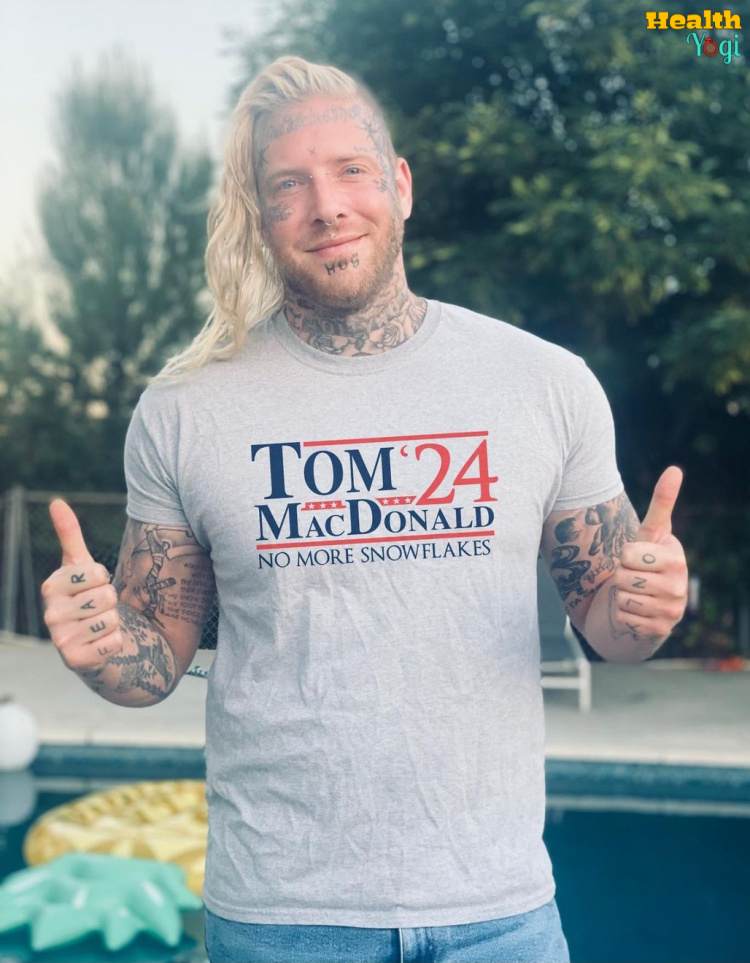 No, he is not Vegan.

He does not go for any new age fad diets or pills which he considers to be more harmful in the long run. Some of the top most dieticians of the day suggest that nobody should fall into trap of these fad diets and harmful pills. Rather one must listen to his/ her body and try to be conscious while eating. In a Twitter post, the Rapper in fact revealed that he loved and would ideally prefer to work out a little more intensely than compromise on food.

But this approach may not work for people who are short on time and they should balance out both aspects,i.e food and workout.

That’s all for the Tom MacDonald Diet Plan.