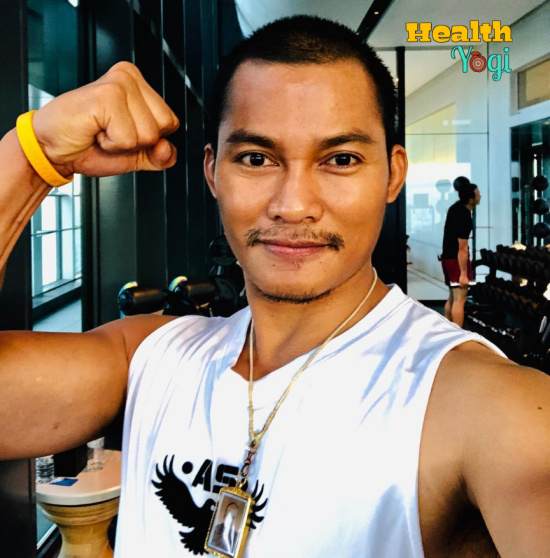 Tony Jaa Workout Routine and Diet Plan: By far, Tony Jaa is one of the most prominent martial artists and action actors that the world has seen. He has also gotten awarded as the best action star for his movies, and Tony is also known for his most extended take stunt in Ong-Bak. 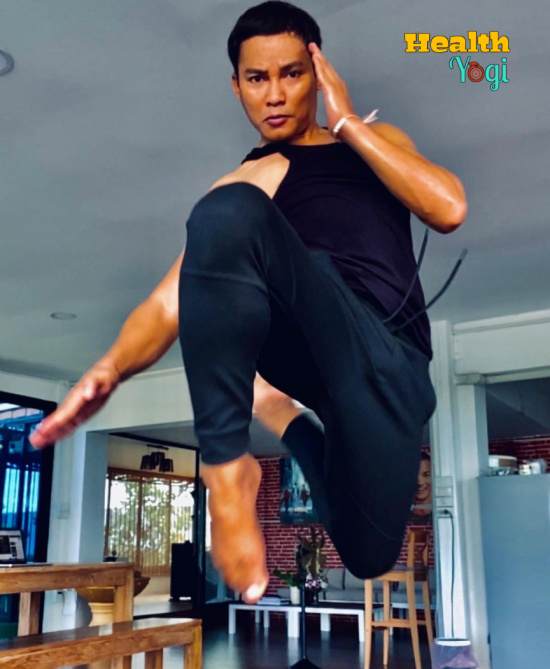 Tony Jaa is one of the best martial artists, and to maintain that title, Tony works out every day for hours. All of the stunts and action that we see from Tony Jaa result from continuous training and a disciplined lifestyle. It is not surprising that when someone is training for hours every day, he will look young and ripped even after reaching his mid 40’s. So let’s check the things that keep Tony Jaa going and make him one of the best martial artists.

Tony Jaa has a very long training schedule, which will even make professional fighters uncomfortable and tired. The program revolves around waking up early in the morning, doing some warm-up, and then going for cardio, gymnastics, meditation, practicing Muay Thai. All of these workouts that Tony Jaa does take over 8 hours, so it gets so hard because training more than 8 hours every day is not easy.

If you want to see the schedule, you can check this Tony Jaa fan website that has posted his routine, which Tony Jaa explained in the Thai Tom Yum Goong DVD. In that video, Tony Jaa also stated that he believes in daily massage; massage helps him recover, and that’s why he even has his masseuse. Tony Jaa told in that DVD about the 15 mae mai of Muay Thai.

Tony Jaa has said that he does over 10km run every day after his morning warm-up in the cardio routine. Then he does an hour of gymnastics that helps him get stretched out and relaxes his muscle. After that, Tony Jaa focuses on meditation for as much as he can.

Then, his Muay Thai starts’ real training can go on up to 8 hours, with few breaks in between. Tony Jaa doesn’t believe in the concept of doing heavy weight lifting that much; he believes in achieving the best fitness by doing natural exercises that involve the body. However, when he is filming and working with his stunt team, he tends to do a shorter training routine and add some weight lifting, which Tony Jaa talks about in the interview with Men’s Journal. 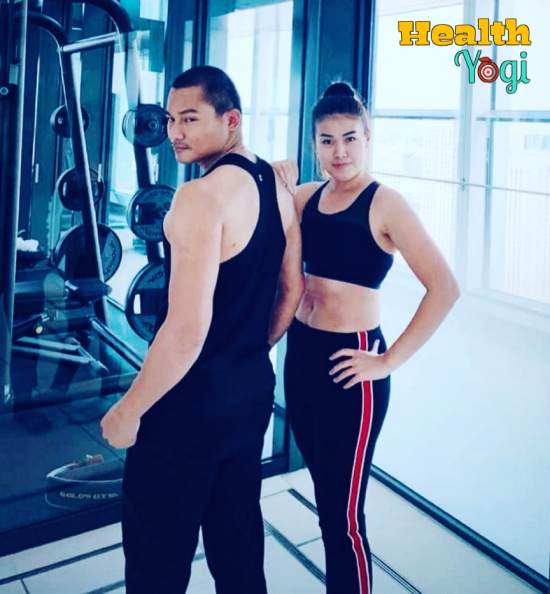 That’s all for the Tong Jaa workout routine.

The diet plan of Tony Jaa stays the same almost every day; he doesn’t go off the diet ever. In this interview with Men’s Journal, Tony Jaa stated how he doesn’t change his diet in any way, whether it’s for movies or not. He eats fish, veggies, and chicken in his daily diet plan; now, he didn’t explain in which order he eats his food. 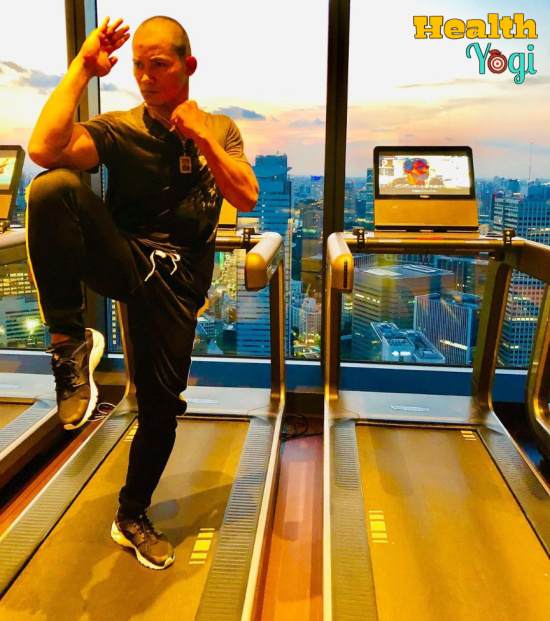 However, we can figure it out, I’m guessing; just like Bruce Lee, Tony also believes in eating 4 to 5 small meals instead of eating two to three big meals. That’s why we will be following the same thing, make sure to eat moderation in every meal, do not fill your stomach to the fullest.

That’s all for the Tony Jaa diet plan.