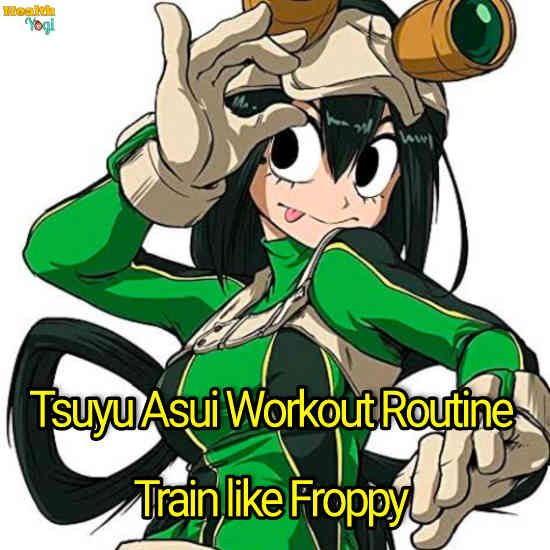 Tsuyu Asui Workout Routine: Train like Froppy: Tsuyu Asui is an anime/manga character in the series “My Hero Academia” also known as “Boku No Hero Academia.”

Asui is well known for her frog abilities and having one of the most attractive bodies because of the fitness and shape in the anime. So if you also want the Tsuyu Asui workout routine, then keep reading.

Tsuyu is one of the most popular characters in the series of My Hero Academia and believe it or not, she has quite a fan following. Tsuyu also gets considered one of the best characters with the best body. That’s also one of the reasons why many people love the character Tsuyu, as when she dresses in her hero suit, you can see her attractiveness and appeal.

However, many of the people with her body also like her personality and calm nature. Still, the body shape is one of the most important reasons why Tsuyu is so popular. So with all that, there is no wonder why some people might want to know how to get a body like Tsuyu.

So let’s start with her curves; while she has a curvy body, her slim waistline and the upper area stand out the most. Tsuyu has the body of a model and the face of an actress. To get her curves, we would need to work out almost five to six days a week.

Since I can’t find her official training, I will be giving the whole workout from my point of view to get you in excellent body shape.

We will be focusing on doing cardio, combat training, and some resistance/weight training. Also, the workout will get divided into two different routines every day to get your body enough rest before we start the workout. Also, don’t forget to keep your diet in hand, as you need to eat in moderation and clean. I won’t give you a strict diet, but keep meals in moderation and eat clean. 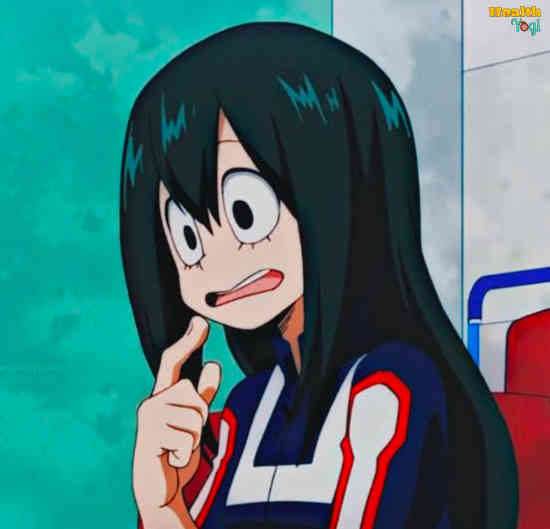 In the morning routine, we will be doing our cardio and circuit training. Starting with a cardio warm-up will help you get the blood flowing and also burn a few calories. Since it’s a warm-up routine, we will do only 20 minutes of running on the treadmill at a moderate pace.

After that, we will be following a circuit routine, which is a full-body circuit routine for teenagers, as I don’t want to give you a complete weight training routine at the age of 15-16 as it can affect your growth. So you will be doing this workout instead, and you can add resistance bands to make these exercises a little complicated and tone your body.

In the evening routine, we will be doing an hour of combat training, for which I would recommend doing workouts like MMA, Muay Thai, Kickboxing, or boxing. You can join a gym nearby or find a gym where you can find weights and martial art training. That’s why MMA gyms would be the best option for you as they have weights and mats and different martial arts equipment.

That’s all for the Tsuyu Asui workout routine.