Twice Tzuyu Diet Plan and Workout Routine: Twice Tzuyu is an actress, model, and singer known for being in the biggest Kpop girl group Twice. Tzuyu also is the youngest member of the group, and that’s why the fan following of Tzuyu is quite massive.

Her fans love her like crazy; that’s why many fans idolized her. So when people love you so much, they end up wanting to look like them. We all know how to fit Tzuyu looks, and her body shape is super slender and toned. So if you also want to know the Twice Tzuyu workout and the Twice Tzuyu diet plan, then keep reading. 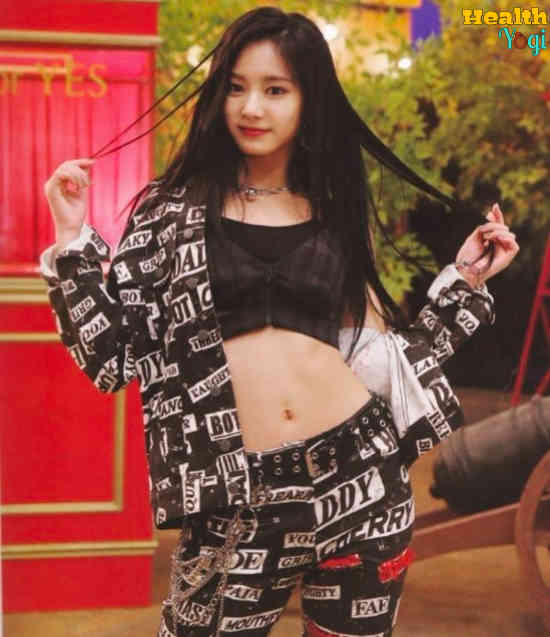 Tzuyu loves to stay healthy and fit and is a part of this incredible and massive industry. Staying fit is a requirement in Korean Pop music, and if you are not lean, then forget about doing a debut and getting well known in that industry. No matter if it’s a guy or girl, many people get forced to lose a tremendous amount of weight before debut.

Imagine a girl of 5 ft 7 inch like Tzuyu, weighing only approx 51 kg. That’s something you get when you have eliminated almost everything from your diet and done a lot of work out. The workout is also quite intense, of Tzuyu and all the members of Twice.

They all do hours of dance practice every day that gets them super tired and keeps them in shape. They also do specific exercises before the dance. The article from Koreaboo tells us about how they help each other with a team workout routine. The workout mostly contains basic free body workouts to help your body stay lean and get muscle.

Now let’s see a routine that I will give you and follow without any doubt to get in a similar shape as Tzuyu. The workout will include training six days a week for about two hours a day. Now I won’t get you super tired by making you train two hours straight, which is why we will exercise two times a day so your body can rest in between the activities. 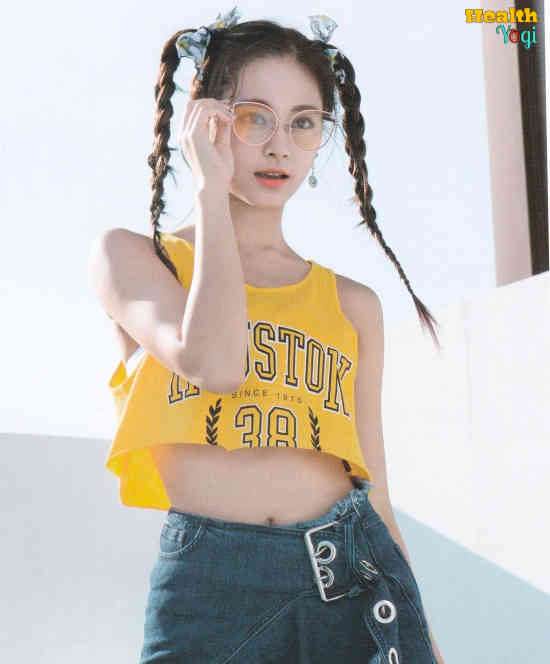 In the morning routine, we will be focusing on doing a cardio workout in which I like to switch it up. That way, you don’t feel bored while doing a similar activity, and it becomes fun. Now you can do these workout for an hour:

The evening routine is quite simple to do a circuit routine of free-body exercises that will help you tone your muscle. So focusing on doing exercise like crunches, leg raises, pike push-ups, push-ups, mountain climber, plank, squats, lunge, donkey kickbacks, etc.

After that, do the best cardiovascular and intense workout, followed by hundreds of stars; that workout is Boxing. It helps you work your whole body and also gives you cardio. So 30-minute boxing will be more than enough for you to start.

That’s all for the Twice Tzuyu workout routine.

AllKpop tells us in their article about Tzuyu eating a vegetarian diet when she comes on a radio show. Tzuyu has gone pescatarian for now; she is avoiding red meat and fatty foods.

Now there was not much given that I can tell you in her diet, but I will provide you with a diet that will help you get a body like Tzuyu when you do the workout given earlier. 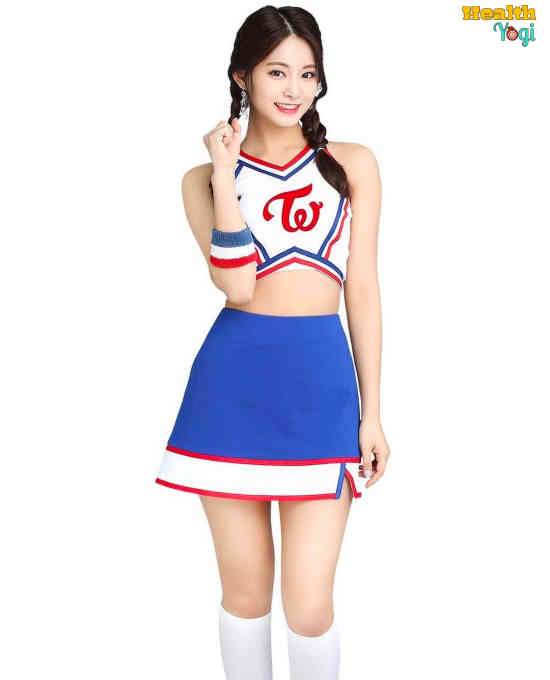 That’s all for the Twice Tzuyu diet plan.