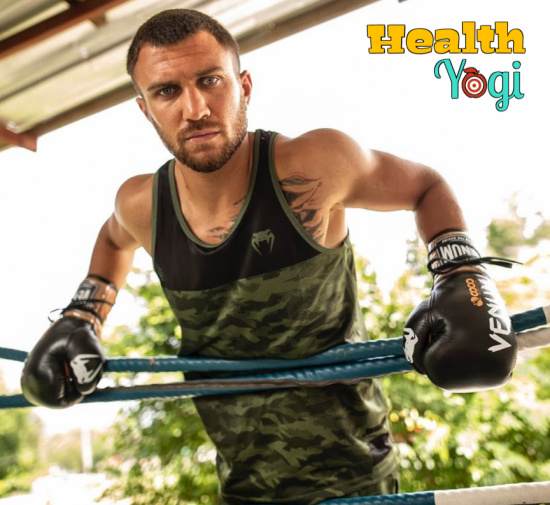 Vasyl Lomachenko Workout Routine and Diet Plan: Vasyl Lomachenko is a pro boxer fighting in three divisions Lightweight, Featherweight, and Super Featherweight. Vasyl has won three titles in his past years. He is one of the fastest and badass boxers you will see in the WBO, currently, he lost to the boxer Teófimo López for the Lightweight championship 2020.

There is no doubt the fight was fantastic and a war that everyone will remember. Vasyl has trained a lot to make sure he gives his best, so if you also want to know the Vasyl Lomachenko workout and diet plan, then keep on reading.

Vasyl is one of the fastest boxers in the lightweight division; he has been training hard daily to make sure he stays top of the game. Vasyl does train like an ordinary boxer when it comes to training, but he does many things, which usually a fighter doesn’t do in his routine.

Probably those things are the things that make him better than the most boxer in WBO. So let’s see everything that Vasyl Lomachenko does in his daily life.

Vasyl’s workout routine is not hard to discover. There are lots of interviews that he has given to explain his practice and workout, and it always has remained the same.

Vasyl likes to wake up early and start his day around 5 am; then, he goes for a run for about an hour, comes back home, rest, shower. Vasyl stated everything about his day in this interview with the GQ magazine; here, Vasyl has said about the morning run and then going to his sports psychologist for mind training.

Vasyl told the GQ magazine that he started going to the psychologist after his second Olympics to train his mind and prepare for every fight, no matter how big it is.

He also stated that he does different exercises with his psychologist that is not easy to explain, but it always works for him. Vasyl later said that he workout at noon, and in that workout, he does a rotation of certain things like weightlifting, swimming, playing tennis, additional cardio, etc.

Vasyl’s boxing workout starts in the evening at 6 o’clock, where he trains for an hour to two hours. In that period, he covers all the boxing training that includes doing the footwork training, shadowboxing, sparring, mitt work out, conditioning workout, etc.

All of this workout routine is arranged by his Vasyl father to make sure he gets better every day. Well, that’s all I can tell you; I’m pretty sure there are lots of things that Vasyl does more during that workout to get better. 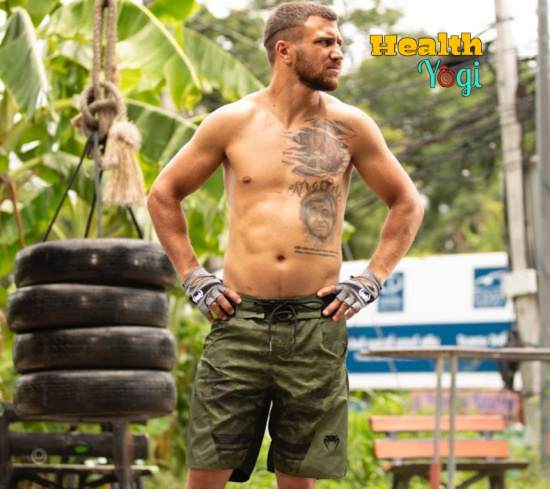 That’s all for the Vasyl Lomachenko workout routine.

Vasyl has a nutritionist that tells him everything that he should be eating, and his diet keeps changing according to the division he is playing in and if it’s in the offseason or the on-season.

Many things take place in making sure that Vasyl gets the nutrition he lacks, so there is no way of knowing what he will be eating every day. However, in the interview with GQ, Vasyl does give his diet that he was taking around that time, so let’s check out. 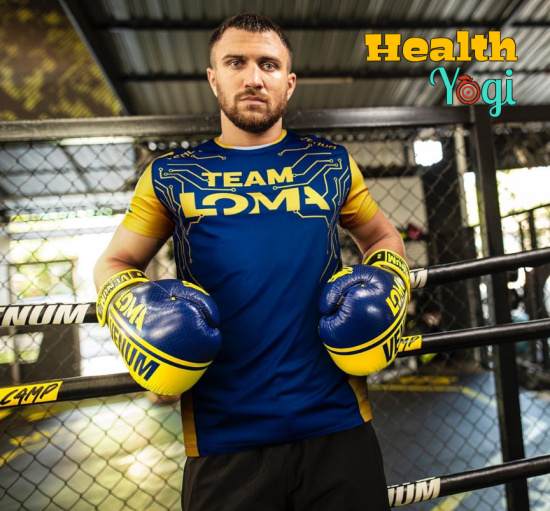 That’s all for the Vasyl Lomachenko diet plan.