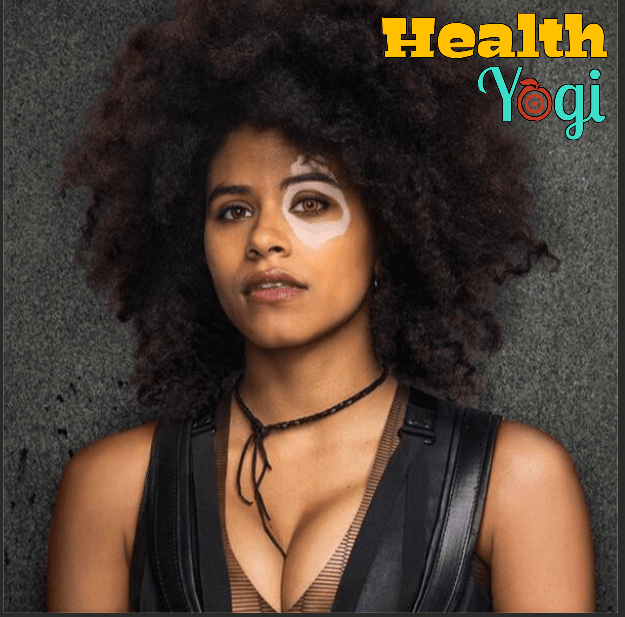 Zazie Beetz Workout Routine and Diet Plan: Zazie Beetz is a German-American actress and model. She gain popularity after the FX comedy-drama series Atlanta, which made her in nomination for Primetime Emmy Award for Outstanding Supporting Actress in a Comedy series. Her full name is Zazie Olivia Beetz(Nickname-Zazie).

Truly, Zazie Beetz did an excellent starring role as Vanessa “Van” Keefer on the FX comedy-drama(2016) as well as in Deadpool 2(2018), Applesauce(2015), and Still Here (2020). She is both a film and TV Actress, better known for her role in the TV series ‘Atlanta’ and for her fictional character ‘Domino’ in the film ‘Deadpool 2’. She is also popular for her fitness and attractive & killer personality. 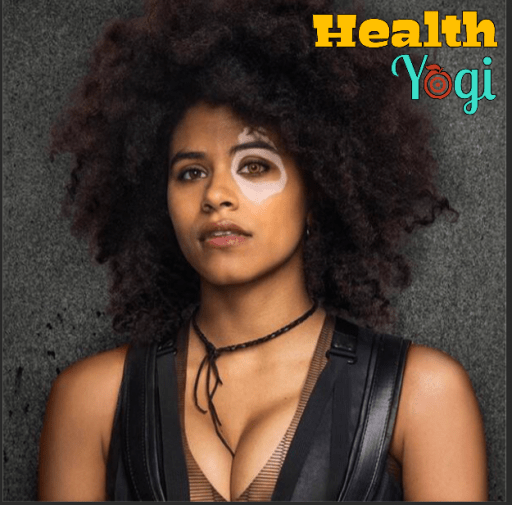 So it’s true that she has an excellent physique that made her fans crazy. So why not head behind the secrets of  Zazie Beetz workout routine.

Zazie Beetz  Deadpool 2 (2018) movie was the masterpiece you will be impressed by the character named Domino, who has the power to change the probability in her favor. Zazie’s fitness and killer physique can’t stop u from chasing her while watching the movie. So it will be justified to talk about Zazie Beetz workout in Deadpool 2 as said by one article.

Her trainer was Don Saladino during deadpool 2. Zazie Beetz don’t excessive much but she was still quite athletic as noticed by Don. So he decided not to make cardio a lot to her as she had a lean body type.  As she wasn’t given much rest time so he indulge her in strength training sessions that had a cardio element.

Zazie Beetz workout includes jump, throw, and carry format after that she did intense exercises like medicine ball throws, carrying weights, and jumping. He makes sure that Zazie should do a bodyweight dynamic workout before every workout.

She also loves to perform pilates that gives her toned core and skinny legs.

She explained in one of her interviews that her workouts are designed in such a manner that she can handle fight scenes all day once filming for the Ryan Reynolds. This statement clearly shows that how perfectly she trained her doing for movies and films. She transformed her physique in movies and parts she played for making it true and real.

Zazie Beetz  Diet plan is plant-based that keeps her in shape.

Don didn’t change anything in  Zazie Beetz diet plan but always encourage her in taking quality food and good food choices during Deadpool 2. She occasionally shares her vegan cooking and lifestyle on social media. She said that she makes kombucha on her own and says no to old jars for drinking out of and holding body butter.

Zazie Beetz has an incredible and excellent personality, which likely means somewhere that she likes eating healthy food for a healthy personality. 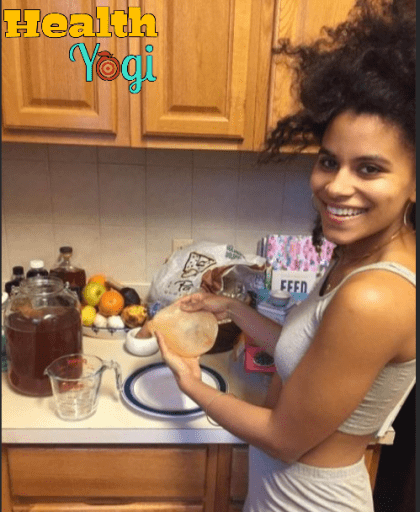