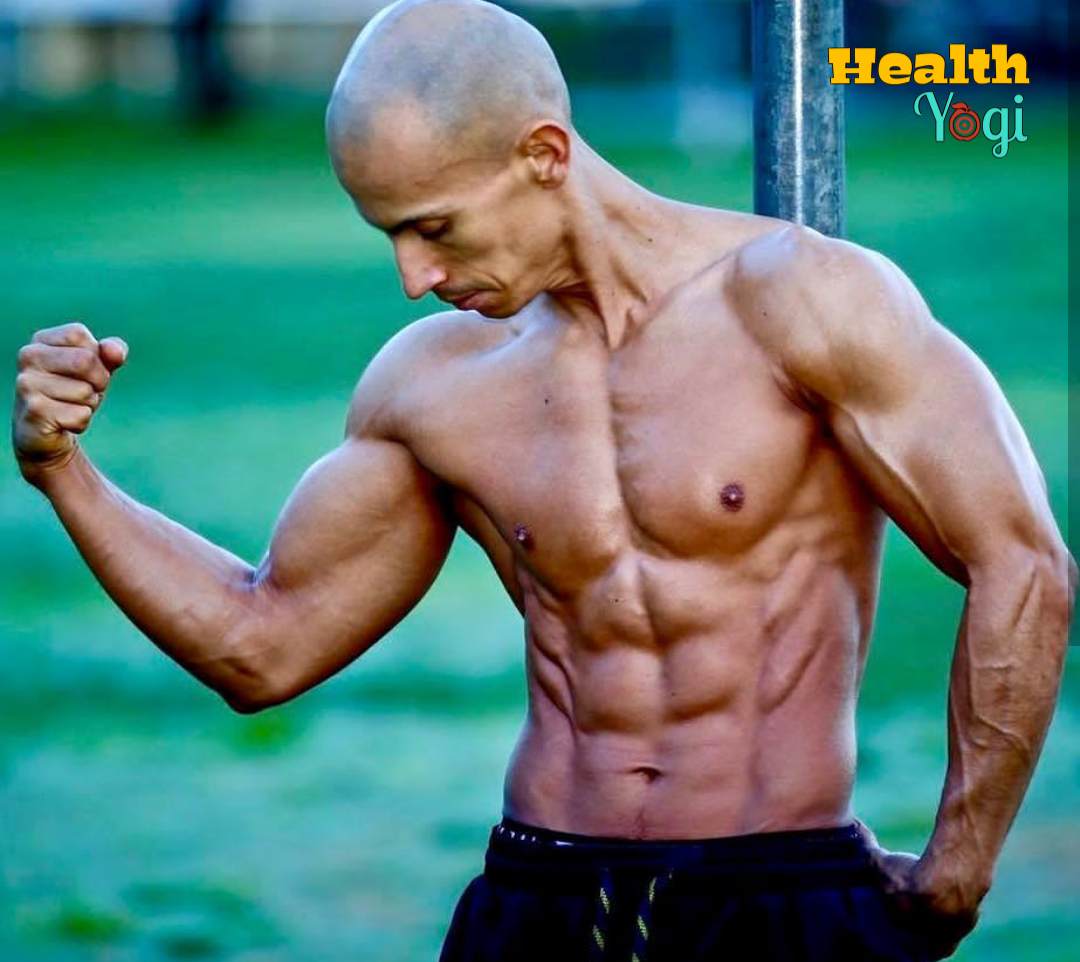 Frank Medrano is an American actor mostly known for his fantastic bodybuilding transformation. The journey from the fat guy in Shawshank redemption to now being one of the most amazing calisthenics bodybuilders has been my inspiration for millions of people. Frank Medrano is always trying to promote how a person can make changes to his life and get better. Frank Medrano workout and Frank Medrano Diet plan are not a secret.

For advanced exercise, he has also made three programs that will lead anyone with any body weight or body shape to a new level of fitness. So I’m sure before you go and get your workout program you must want to know what exactly the Frank Medrano exercise contains and also what is the Frank Medrano diet plan. 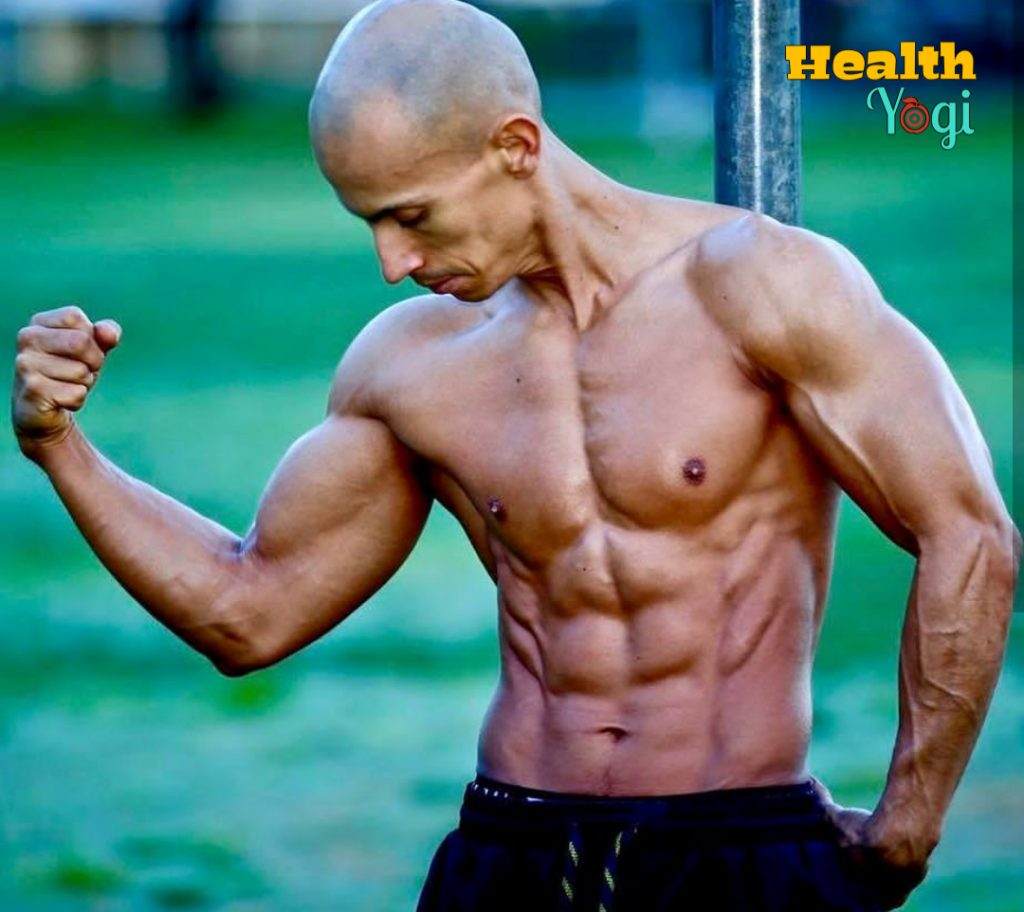 When we talk about Frank Medrano’s workout routines, it includes doing one of the hardest things that you could ever imagine. His workout isn’t something that everyone can follow. You may have seen him posting a lot of his exercises already on his own YouTube channel and know most of them. For people who haven’t seen it, don’t worry, we will tell you as much as we can. 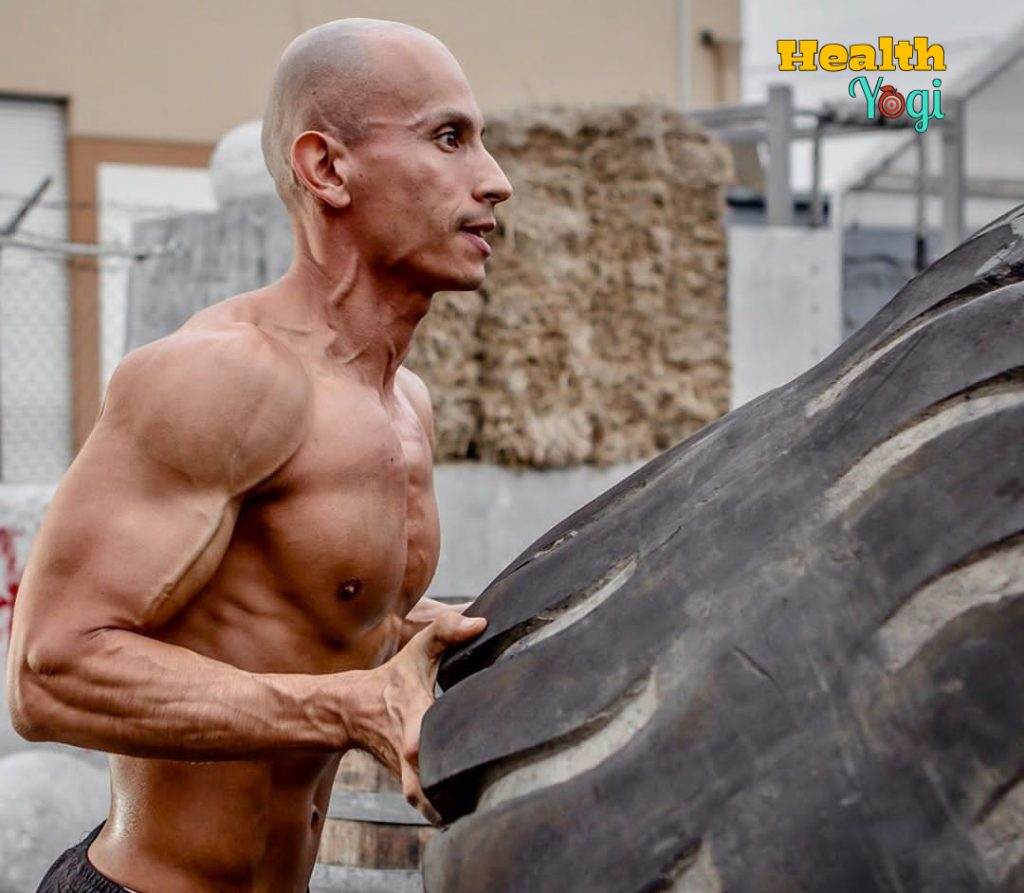 So his workout is based on a mixture of bodybuilding exercises, calisthenics exercises, HIIT workouts, and cardio. Frank Medrano workout for 5 to 6 days every week and rests for a day to let his body recover. His workout routine goes for about 2 hours every day and sometimes, even more, depending on how much he wants to train.

The cardio part is one of the essential elements of this whole workout routine. It helps Frank Medrano get warmed up and helps him get a lot of calories burning. He usually does a lot of running in his cardio routine. Frank Medrano will run anywhere from 3 miles to 5 miles easily every day.

One of the best things that he does in almost every video no matter what exercise he is doing. He likes to do HIIT workout in every training it helps burn fat and increase the level of difficulty of even the most essential tasks. Another benefit of HIIT is that it gets done in such a little amount of time and at that time you burn a lot of calories.

So for Frank Medrano HIIT workout, he likes to do lots of things one of his favorites is the superman workout routine. Sometimes he will add muscle-ups, Burpees, different variations of push-up and pull-ups, and different types of calisthenics exercises. So he always likes to mix things up according to his preference. Some of the activities that Frank Medrano often does are;

Frank Medrano’s workout is mostly based on calisthenics rules only. This workout is what changes his body and changes his life. Every day he performs different exercises that help him get control over his body. That is what calisthenics is all about. It’s all about gaining control over your body so you can move it in a way you want it to run. So for that, he trains a lot every day

Frank Medrano will perform exercises like rope climb with both arms and then falling while holding the 180-degree position. He often practices a lot of bar exercises like; pull-ups, walking pull-ups, weighted dips, dips bar lock in 180 degrees, bar 360-degree spin, etc. 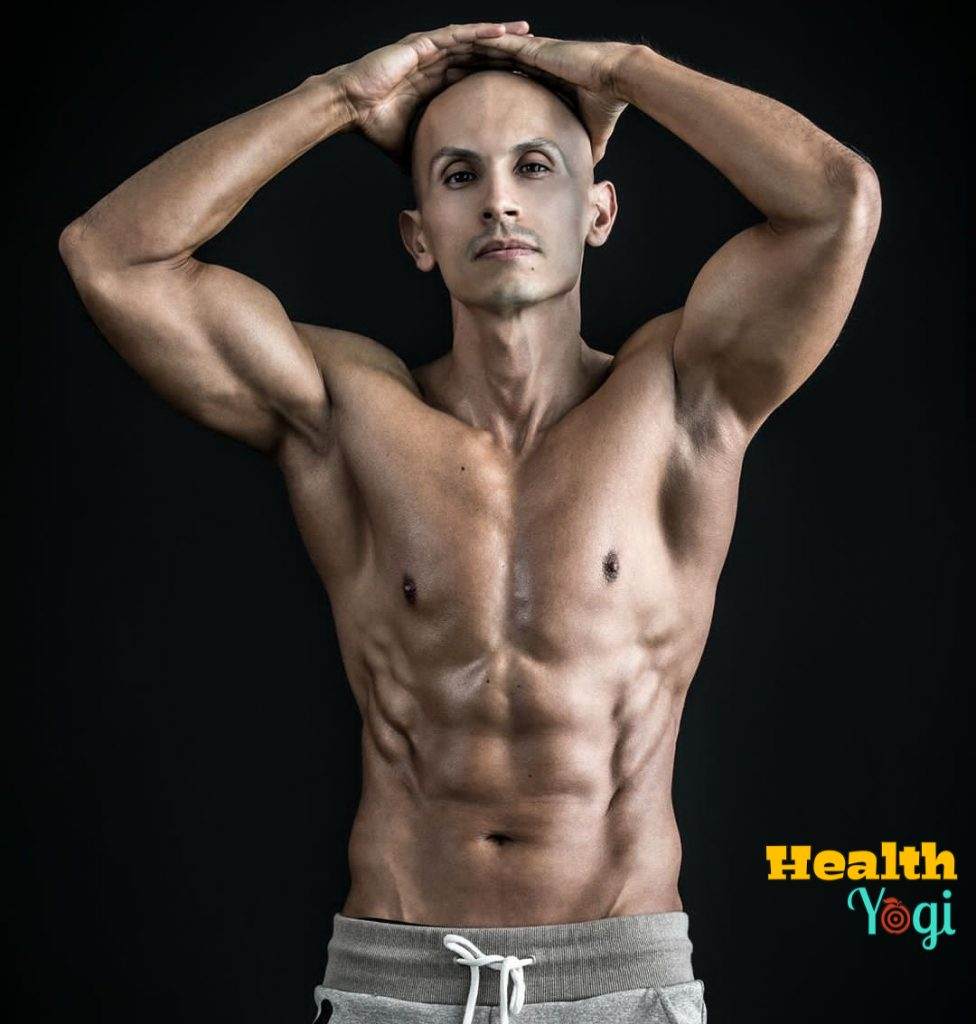 Frank Medrano Chest and Back Workout 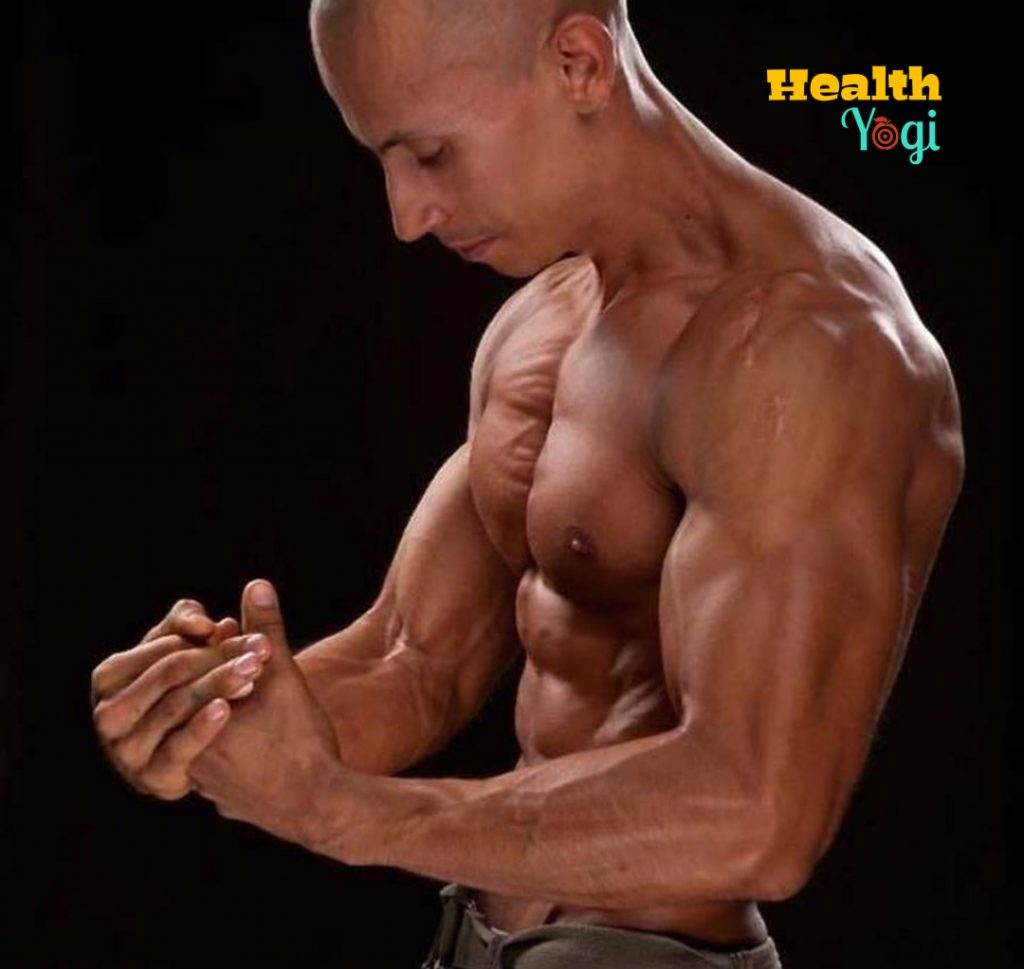 For core, Frank Medrano workout at least 2 to 3 times a week. He can do it on any day when he wants to do it. The core part mostly consists of doing a lot of non-stop exercises with a little amount of rest. After completing a whole set, you can rest for like a minute or two, but before that, it’s just 20 seconds rest or 30 seconds max.

Rest time: 20 seconds and a minute after each set.

this is all about Frank Medrano’s workout routine. 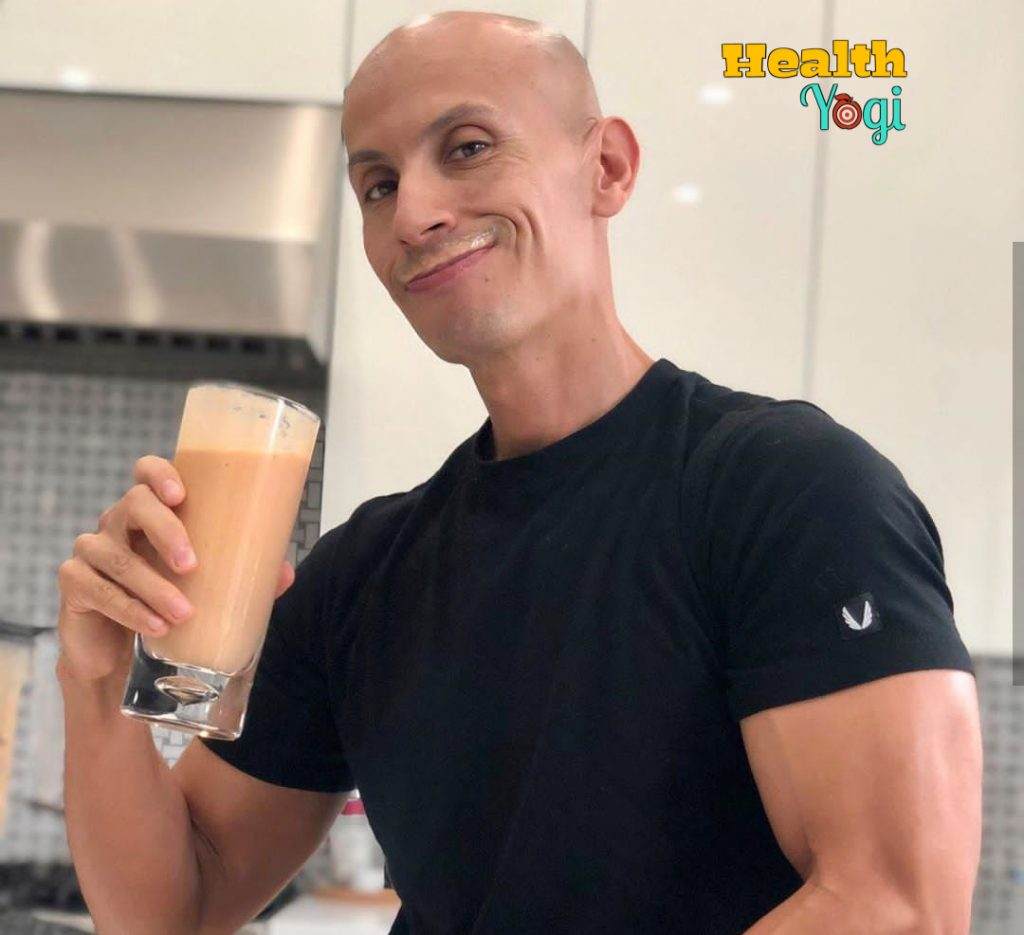 Frank Medrano does take protein, but it’s a vegan protein. He eats about 5 to 6 meals a day including his supplements, and also drinks lots of water to keep himself hydrated throughout the day.

So this was it for Frank Medrano workout and diet routine. Now if you also want to have a body just like Frank Medrano follows this and also tries his superman program on his website.

One thought on “Frank Medrano Workout Routine and Diet Plan”