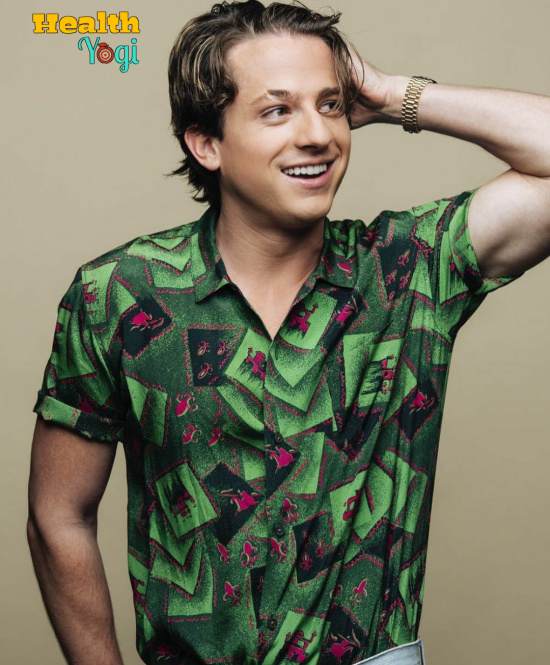 Charlie Puth Workout Routine and Diet Plan: Charlie Puth is a producer, singer, and songwriter. He has given many hits like; attention, we don’t talk anymore, see you again, one call away, etc.

Although these past few years, Charlie has taken a liking to stay fit and being healthy, and he looks super good right now. So if you also want to learn more about the Charlie Puth workout routine and diet plan, then look no further.

The workout routine of Charlie Puth contains a lot of cardio and weight training, thanks to Men’s Health, who took an interview with Charlie Puth just last year. So I will talk about only the things Charlie Puth has said himself.

In that interview, you will see Charlie Puth talking about his body goals; he stated that he doesn’t want to get super bulky like Arnold Schwarzenegger, but he does want to have at least 30% of the bulk that Arnold Schwarzenegger has. He also talked about how he worked out during the tour. 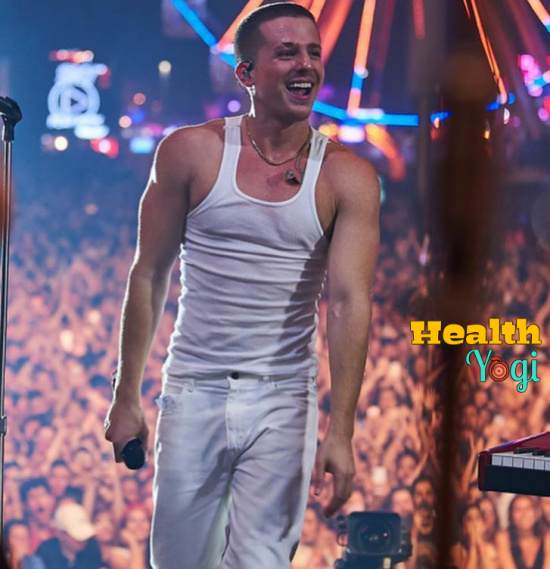 He told Men’s Health that when he’s on tour, he works out on the bus doing things like pushups, crunches, etc. Charlie Puth mostly workout five times a week with his trainer Harley Pasternak for about an hour. Charlie also stated that for him, the intense exercise is where he can get all the muscles working together.

In that video interview with Men’s Health, we will see Charlie doing a lot of cardio workouts that include air bike and treadmill. Now he loves to do the treadmill and even said that if he could, he would carry around his treadmill on the tour bus as well.

Charlie running on the treadmill is like a meditation where he can space out and think about his music and stuff.

In the weight training routine, we see Charlie training all his body parts mostly; you can see him warming up with some lunges and performing them in between other weight exercises.

Charlie also said that I love making lunges, the more lunges you do, the more V-shape line you will get on your abs.

The next thing he showed us in the video is TRX rows that he also does before the concert for better posture. Then he moves on to some pulldown as, according to him, you can never get enough back work out. Then he goes to military dumbbell press to lateral raises, hammer curls, etc.

So like we saw, he does a full-body workout, and sometimes he also includes the abs routine which he didn’t talk about in his video interview with Men’s Health. So yeah, that gives us all the things that Charlie Puth has spoken of his workout routine.

In that video, Charlie talked about his diet, how he was not eating fully healthy a year ago, and how he has changed now to be a healthier person. Charlie doesn’t eat eggs, and pork at all, he is even allergic to the pig. Other than that, he eats almost everything from fish to chicken and steak to vegetables.

He also drinks a protein shake and a smoothie made from almond milk, Apple, banana, yogurt, and some cinnamon. Charlie also loves a good sushi meal in his dinner; he also makes sure that he adds avocado and Cucumber during his meals. Charlie also drinks a lot of tea to keep his vocals good, and it also helps him stay healthy. 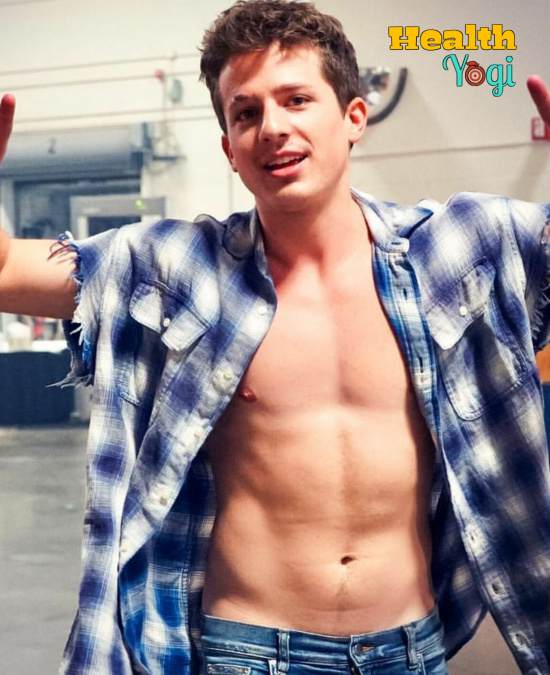 This is all about Charlie Puth Diet Plan.