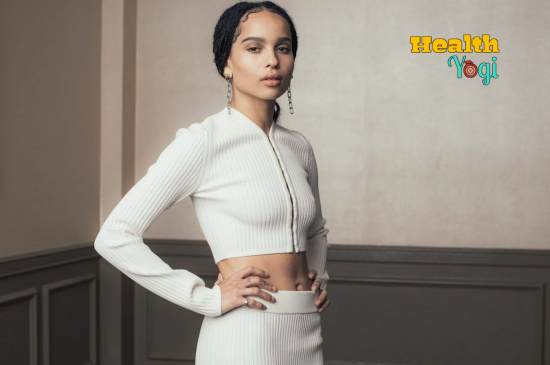 Zoe Kravitz Workout Routine and Diet Plan: Zoe Kravitz is an actress, singer, and model. She has starred in many movies and shows like Big Little Lies, High Fidelity, Fantastic Beasts, Divergent, etc. Although for her now is the time where she will play the most prominent character of Catwoman in the upcoming Batman movie with Robert Pattinson.

The workout routine of Zoe Kravitz is kind of intense; the star has said that during the quarantine, she is not working out that much at all. Zoe even said that she texted the Warner Bros. To tell them that she will need some changes in the Catwoman suit when she comes back, although it’s not the same as her co-star Robert Pattinson.

While Robert Pattinson refuses to workout during the Quarantine, Zoe Kravitz still exercises at least a little bit every day. Now before Zoe wasn’t working out with a trainer, Zoe said in the interview with Health Bazaar in 2017 that she doesn’t like to have a trainer as she lives to workout solo. It’s different now, as Zoe Kravitz is playing the role of Catwoman, so just like Robert Pattinson, Zoe also gets a trainer and a diet plan to follow. 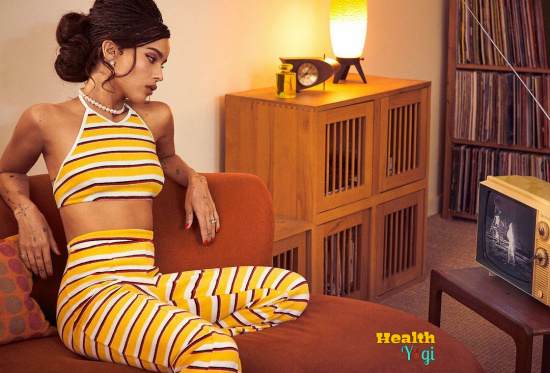 Zoe Kravitz came to the Ellen show and told her that she is working out hard, and every day, when she comes back, her body is just limping. Although the star has not revealed the secrets of her workout, she has never told her workout routine, but guessing all these years of what she was doing and looking at her body; you can have a pretty decent idea.

Also, the Men’s Health magazine tells us that Zoe Kravitz is working out with the trainer Harley Pasternak who also has trained celebrities like Charlie Puth and many big names. Now, on the other hand, PopSugar told us about her routine, which carries dance, yoga, martial arts, and weight lifting. I would not be surprised by all that; other than dancing, everything seems fine to get her into the Catwoman role.

So that’s what we are going with, I will give you a workout that you can follow to get a body like Catwoman Zoe Kravitz. In this routine, you will be working out six days a week doing a mixture of weight training, yoga, martial arts, strength training, etc. Every day is going to be a hard day for you, and each day we will be working out for about an hour to two hours.

Yoga is the most important thing you should be doing during the training for being like Catwoman. The yoga workout will help you get your muscle tight and toned, and it will make you slim while keeping that flexibility like Catwoman. The reason I say this as it got proven by Halle Berry, who is the former Catwoman.

Even Halley was doing yoga, and she still does. So to get that lean, slim, and flexible body yoga will be one of the things that you will need to do. Although you don’t have to train yoga every day, in this routine, you will be performing yoga for three days each week for about an hour.

Now the mix-martial training is another vital part of Zoe Kravitz’s routine as the role asks her to fight as well. Even in her recent podcast interview, when they requested Zoe Kravitz about her workout routine and training, Zoe simply said that now she can fight. So we will be adding Martial Arts training as well.

You can go and join a local fighting gym for getting trained, and make sure to perform at least three times a week. So it will be like three days of yoga training and three days of training for martial arts.

Now Zoe performs this training routine with the addition to the yoga and martial arts workout. Weight training usually comes in the evening. In this routine, Zoe mostly trains lightweight training and performs more reps in each set; it also involves body weights exercises. So let’s get to the method now, again this is the routine that I’m giving to you, not Zoe Kravitz.

Core workout will be the key to let you have that slim waistline of Catwoman with toned abs. So we will be performing a circuit routine of Core workout three times a week, at least. For each exercise, you will be doing a 30 seconds workout, and you will only rest after the whole set.

This is all about Zoe Kravitz Workout Routine.

Zoe Kravitz is also getting a full meal plan organized by the trainer of Warner Bros. So we can’t tell her diet plan, although she always has been eating a plant-based diet plan with some lean protein meats. Zoe Kravitz also drinks a whole lot of water to stay fit and hydrated. 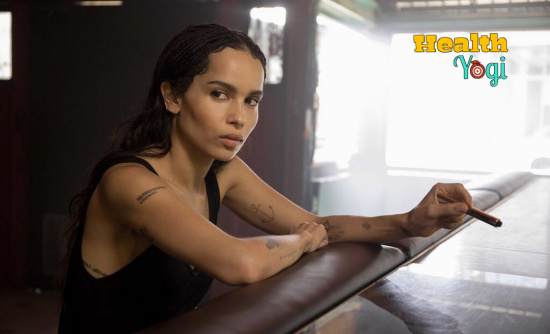 Zoe Kravitz also stated that she always stays from any processed food or any sugar products as much as she can. She also consumes less dairy products to maintain her fitness, so let’s see the diet plan you can eat.

This is all about Zoe Kravitz Diet Plan.