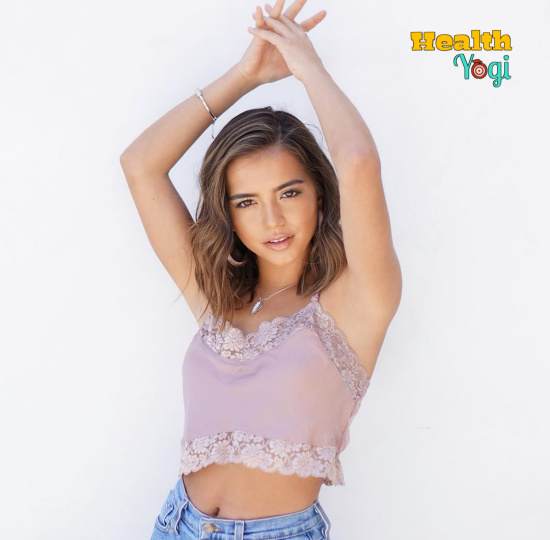 Isabela Moner Workout Routine and Diet Plan: Isabela Moner is an actress who also gets known as her name Isabela Merced; she has been in movies and shows like; 100 Things To Do Before High School, Transformers, Dora and the Lost City Of Gold, etc.

She is also known as staying fit and looking good. Her recent workouts on her Instagram stories have gotten quite famous, so if you are also wondering about the Isabela Moner workout and diet plan, look no further.

Isabela is a teenager, yet the work out she does is excellent for any age group, whether you are a 19 years old girl or a 30 years older woman. Isabela has maintained this incredible physique of hers by working out a lot and almost every day. Isabela mostly goes to the gym to workout, but since we all are inside the house nowadays, Isabela does all his sessions at home.

Isabella’s workout contains mixing weights, resistance bands, and bodyweight exercises to her workout routine. Isabela also does a little bit of cardio workout; I found some of her videos that I will share with you, which gives me the idea of her workout routine.

Isabela’s workout focuses on the lower and core body more than the other parts of the body. So we will do the same, we are going to train our upper body less and train the core and lower body more each day. So let’s look at the workout that Isabela does: 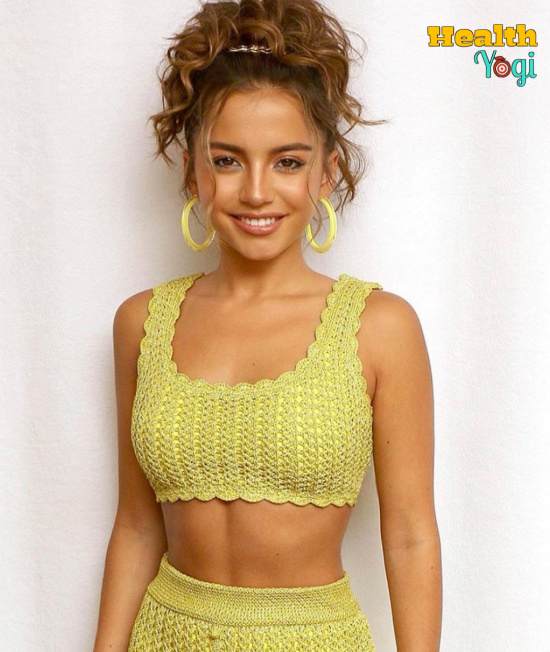 Like I said earlier, Isabela does a little bit of cardio before she goes to her actual workout routine. The cardio here is to help Isabela body to get the blood flowing and getting warmed up for the real workout. She loves to do 20 to 30 minutes of cardio exercise, in which she practices running on the treadmill at a moderate speed.

Now another thing that she does is a mixture actually; as in this workout, Isabela adds weight training and bodyweight exercises together. You must have to see Isabela share stories on her Instagram doing exercises like; weighted lunges, weighted good mornings, weighted step-ups, weighted squats, weighted glute kickbacks, etc. Check the video right here.

She also adds other practices like; glutes kickbacks, bodyweight squats, donkey kickbacks, hip thrusters, etc., mostly bodyweight exercises, so she tries to match them together. Isabela has dumbbells and necessary equipment at her house, so there is no stopping Isabela from working out.

Besides that, Isabela also performs a few minutes of core routine in bodyweight exercises; you can see the video, where you will see her doing in and out and other abs workout. So bodyweight exercises are the essential part of her workout on which she focuses the most. 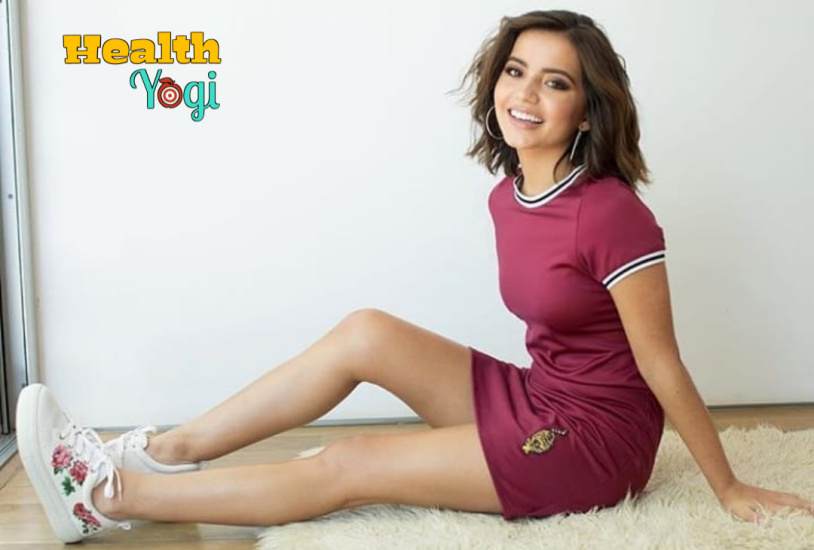 That’s all for the Isabela Moner workout routine. 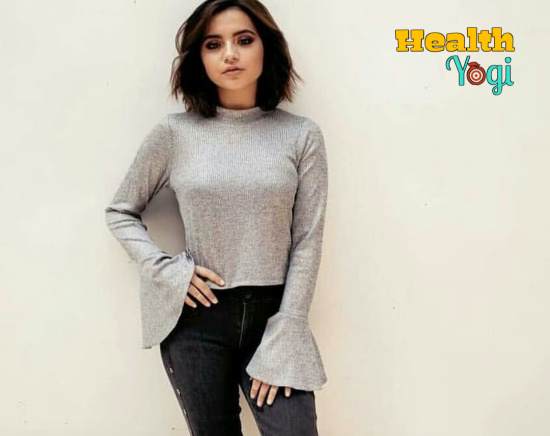 Isabela Moner diet is a mixed diet; it’s not as strict diet plan as you guys might have been thinking, she likes to eat veggies, fruits, chicken, protein foods, low carbs, and sometimes Isabela loves to have chicken wings which she stated on the interview with Teen Vogue. Isabela Moner also likes to drink a lot of water throughout the day.

Now I don’t have her accurate diet plan, but I can give you my version of a diet plan that you can follow.

That’s all for the Isabela Moner diet plan.