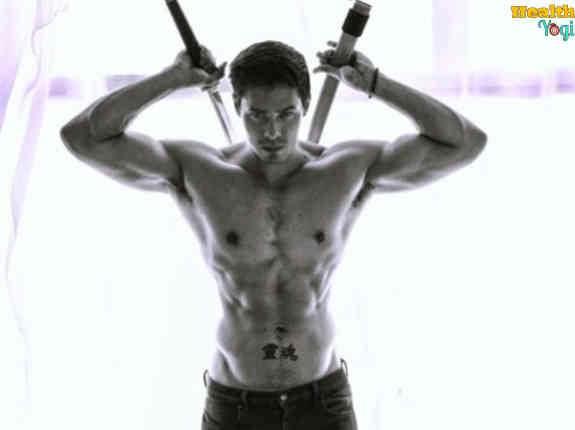 Lewis is one of the few British actors that also has worked in a Bollywood movie; The movie he did was Kurbaan. However, he mostly gets known for his fitness and martial arts skills. So if you also want the Lewis Tan workout and the Lewis Tan diet plan, keep reading.

Lewis is an incredible actor, but he is a more talented action star, without a doubt. Lewis has played so many significant roles so far that he can also get considered one of the top action actors in the Britain industry. As I always say I love action stars as they are the one who does most action scenes on their own.

Whether it’s Scott Adkins, Michael Jai White, or Jackie Jan, every actor that is a martial artist would surprise you with how much danger they take on themselves to give us what we love to watch. So, now Lewis indeed comes in that category, a learner of Muay Thai, training Katana for more than seven years, a practitioner in many weapons and stunts team.

If you want to know an accurate definition of an action star, Lewis can be one of them. So how did the actor train for Mortal Kombat? As I said in the article of Joe, Men’s Health recently took interviews of many cast members of the movie. Which Lewis Tan also gets included; you can also watch the interview right here.

I will tell you that Lewis’s routine is not easy and indeed not for beginners. Lewis trains six hours a day for six days a week, in which he does various stuff like Muay Thai, pad workout, stunt choreography, wire harness workout, weapons training, and some weight training. So let’s get into the routine already; 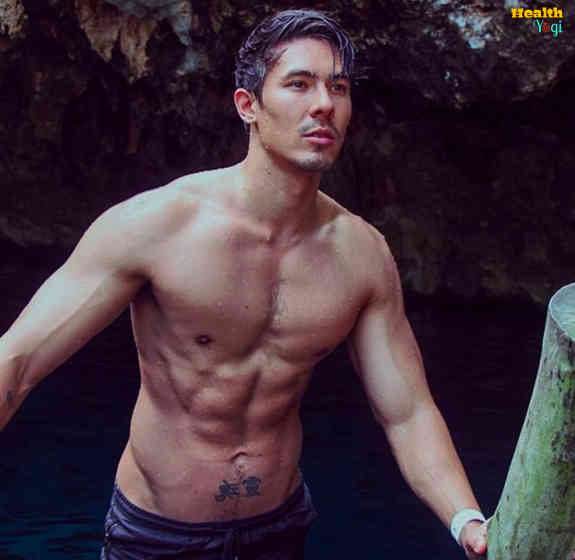 Starting with some stretching, he does a lot of stretching to open up every part of the body he uses in martial arts. You can watch a few stretches in the videos that Lewis does and mix them with stretching exercises to get a good stretching routine.

After the warm-up, Lewis loves to do a padded workout, where he will do a lot of kicks like sidekicks, ax kicks, tornado kicks, etc. It goes as a light workout that Lewis does before the heavy sparring workouts.

Later on, he goes to the Muay Thai boxing workout routine, where he does lots of sparring with his trainer. It gets pretty intense and gets exhausting for Lewis, but that one of the main routines.

After the sparring workout, he moves to the weapon training routine. The specialty of Lewis is using Katana, as we saw in the movies. He also trains primarily with the Katana champion and has been training for over seven years now. However, you can do whatever weapon you would love to train with or want.

Lewis then later trains with the stunt team, where he does a lot of fighting choreography. Starting with everyday fight scenes to then taking it a level higher by adding a wire harness to him and then doing lots of different air kicks using the technologies and momentum of his own body.

In weight training, Lewis also does a mixture of workouts and doesn’t have a proper routine. It’s more like a full-body workout every day after he gets done with most of the training.

Lewis follows a circuit routine where he moves from one exercise to another without taking a rest. The exercises that he does include bicep curls, hammer curls, overhead triceps press, shrugs, shoulder press, abs, etc.

That’s all for the Lewis Tan workout routine.

The diet Plan of Lewis includes eating a healthy meal with a simple food pattern that includes chicken, rice, veggies, and fish. That’s what he repeats almost every day and keeps it very simple, where his chicken is a high-quality meal for him. Also, if he will eat bread, he would want at least three ingredients in it; that’s what he stated. 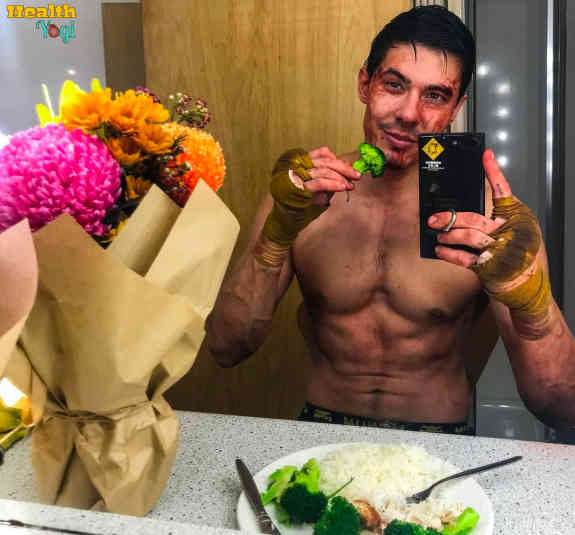 That’s all for the Lewis Tan diet plan.