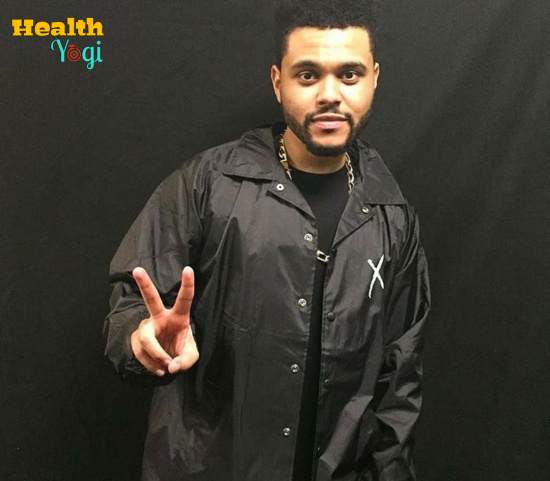 The Weeknd Workout Routine and Diet Plan: The Weeknd is a singer and songwriter, mostly known for the song Earned it and star boy. He is also famous for dating some of the big celebrities like; Salena Gomez, Bella Hadid, etc. Although there is even one thing that has gotten more famous, which is his new look and the slim body, so if you also want to know the Weeknd workout routine and diet plan to have a body just like him, then look no further.

There is a website called the Postmates who posted his diet plan; it’s not an actual diet plan; it’s more likely a chart of some of his orders that he did with that site Postmates. So in that, they told a lot of things about the food Weeknd ordered, and it turned out that he mostly eats a plant-based diet. The Weeknd was ordering more vegetables, pasta, dessert, etc. 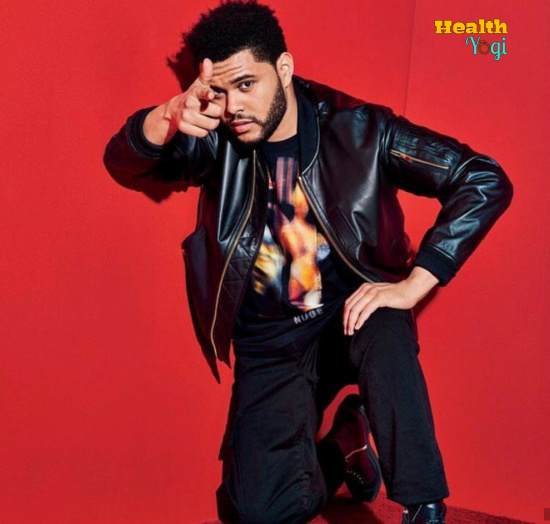 The postmates also tell us about the top five things he would order from them which are; keto smoothie from Kreation, spicy rigatoni vodka from Crossroads, The beyond cheeseburger from fresh on sunset, hot bar from Erewhon, and the Deep-fried Oreos from the Carving Board.

The postmates also said when he was working; he used to order only vegan snacks, no matter if it’s a burger or bites; it will always be vegan. They also stated that The Weeknd also loves a cup of juice in his breakfast and, according to them, Weeknd orders four times a day, so he must be eating at least four to five meals a day.

So that wraps it up for The Weeknd diet plan so you can follow this diet plan, and if you want to look at the actual blog of Postmates, click here.

The Weeknd’s workout routine isn’t that out yet; he hasn’t been open about the workout or the diet plan. After searching a lot about what he does in his workout routine, I did come to some intrigue. There are not many workouts involved in his daily routine; he likes to stay fit and healthy by being active and working.

His routine to get his body in shape will involve a lot of performing on the live shows, making videos, singing, and working. So he makes sure he is always moving and not being lazy. Many celebrities stay fit by that only, so that’s not hard to believe that Weeknd may be doing the same thing.

Now there are some pics of him running, so we can say he does his morning run outside on some days to get that extra calorie burning, some pics are even showing him in the workout outfit with Bella Hadid. There is nothing that we can say for sure until he explains it by himself, but we do know that he is running almost every day.

So that’s all for the workout routine of The Weeknd; to summarize, make sure that you do some cardio routine and stay active most of the day.