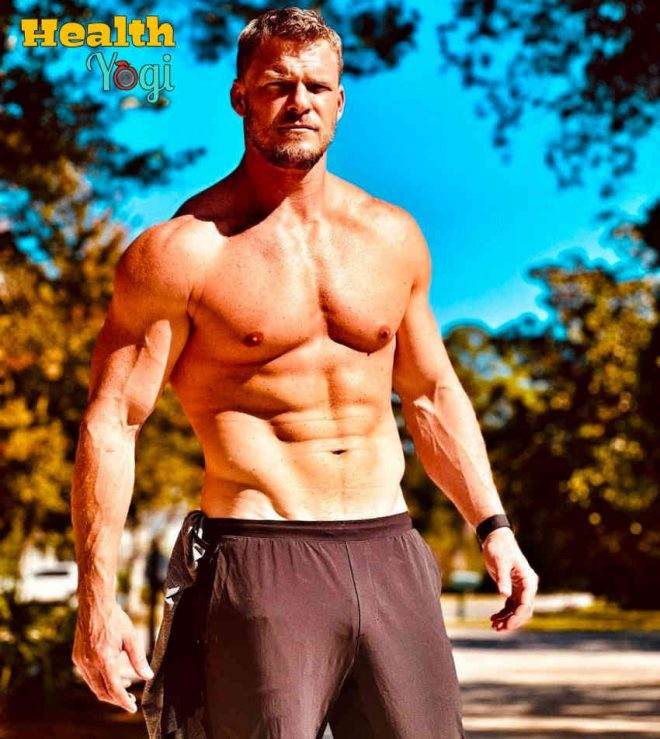 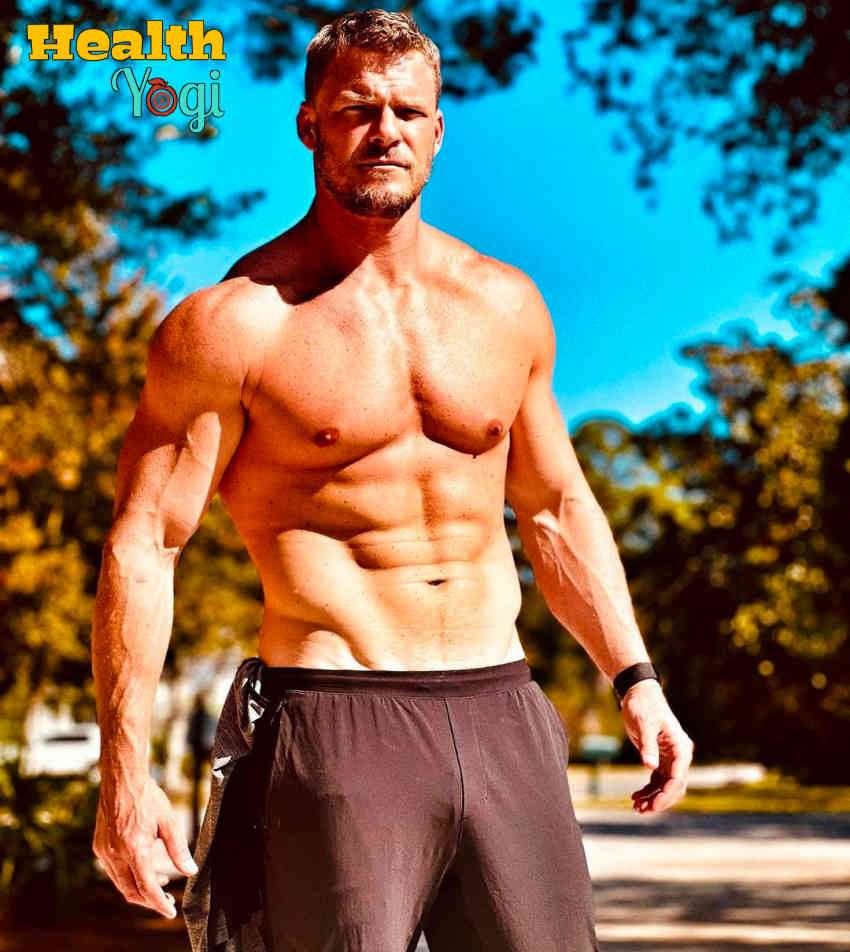 Alan Ritchson is one of the most talked-about actors this year. He is undoubtedly gaining a lot of fans after his shirtless scenes in the new Reacher series that he is doing. Alan Ritchson has been known to gain over 30 pounds for this role and got asked to get buffed a lot. So it was indeed not easy, and Alan Ritchson was working out consistently and for eight months to gain all of those 30 pounds of muscle. So if you also want to learn more about how Alan Ritchson did that in eight months, then keep reading.

After searching for a while, I found Alan Ritchson’s interview with Men’s Health; since the series is recent, it’s not hard to find details about Alan Ritchson. There you can see Alan Ritchson talking about how he was working out five days a week, going to the gym, lifting weights, and ending his session with some cardio. Alan Ritchson also mentions the five go-to exercises besides the gym.

The exercises that Alan Ritchson makes a lot and loves consist of pull-ups, dips, press-ups, sit-ups, and 200m sprints. Alan Ritchson loves cardio; you don’t need to do an extended cardio session, but try to involve 10-15 minutes of daily cardio. Besides that, Alan Ritchson also gave his arms supersets workout that he would do in the gym with another Men’s Health video. Alan Ritchson does six exercises, three exercises for biceps and three for triceps.

We will be adding that workout to our workout routine, and I will also fill the other routines with different workouts to get a better workout. We will be doing five days of workouts and training our legs twice a week. That’s just how I prefer to train, as legs are our foundation, and you need to make sure the foundation is strong. Also, if you want, you can add a quick core workout at the end of the routine for three days a week. 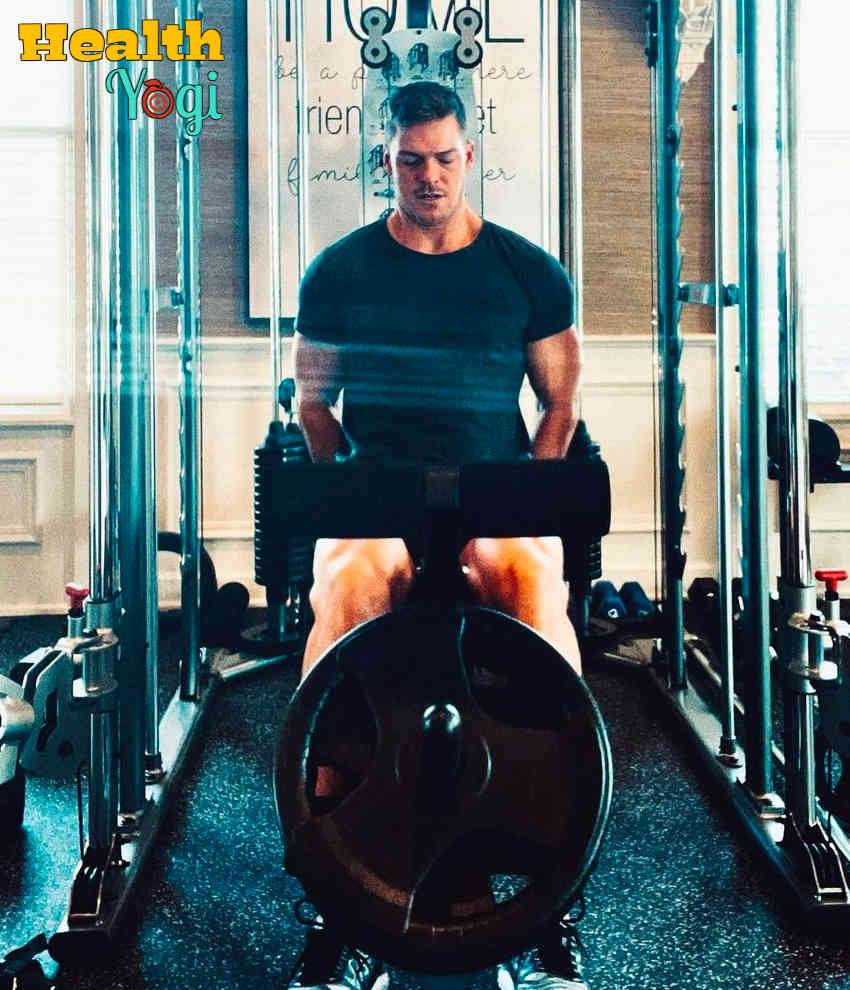 We will be training five days a week and targeting all muscles in weight training. Also, since we are going for bulk, we will be doing fewer reps and higher sets with moderate heavyweights to get better contractions while working out. Also, once you finish doing the routine, add 15 minutes of cardio; it can be any routine from running to biking.

That’s all for the Alan Ritchson workout routine.

Alan Ritchson’s diet was eating all day after every few hours. This is because Alan Ritchson had to gain 30 pounds, and it had to get done with a calories surplus. So Alan Ritchson was eating chicken, rice, veggies, more chicken, smoothies, protein, and sometimes Popeyes chicken sandwich.

Alan Ritchson mentions that he was training so much that he had some freedom to add in Popeye’s chicken sandwich and cookies once in a while. Alan Ritchson also mentioned that he had a guy whose job was to bring him food. So now, if we make a diet for Alan Ritchson, it will be seven meals a day with lots of protein and other nutrients. 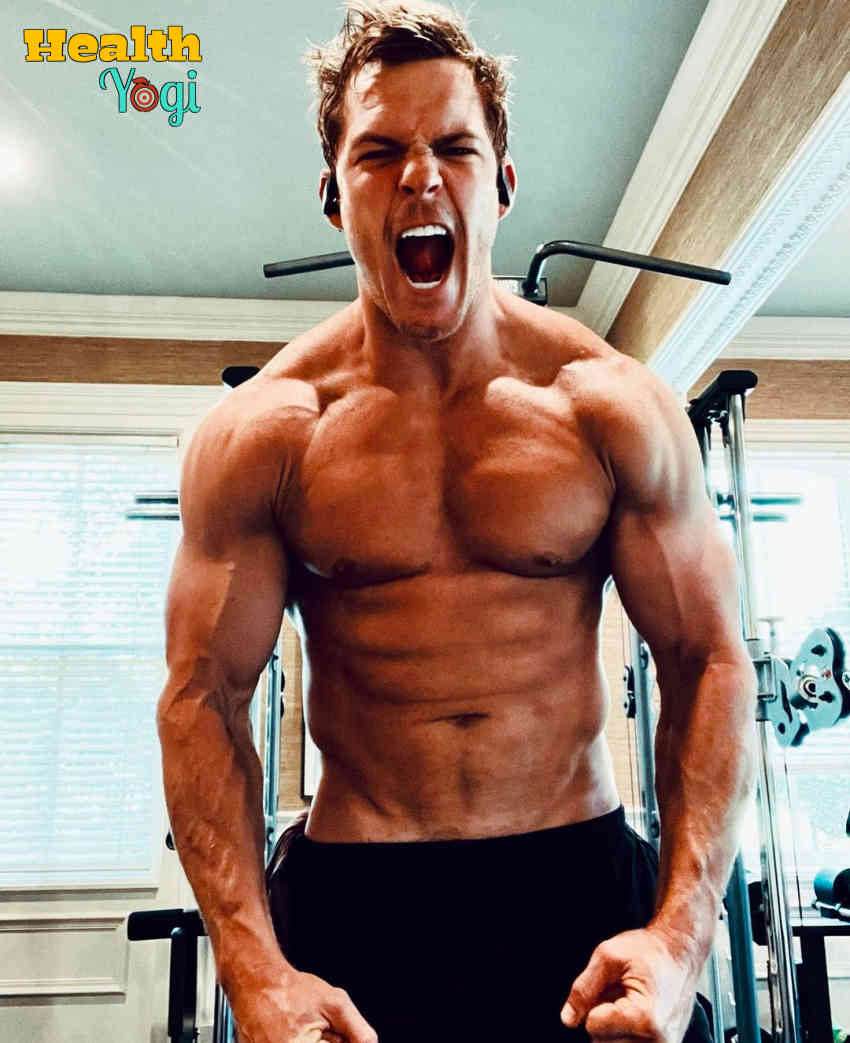 Is Alan Ritchson a Vegan?

No, Alan Ritchson is not a Vegan.

That’s all for the Alan Ritchson diet plan.