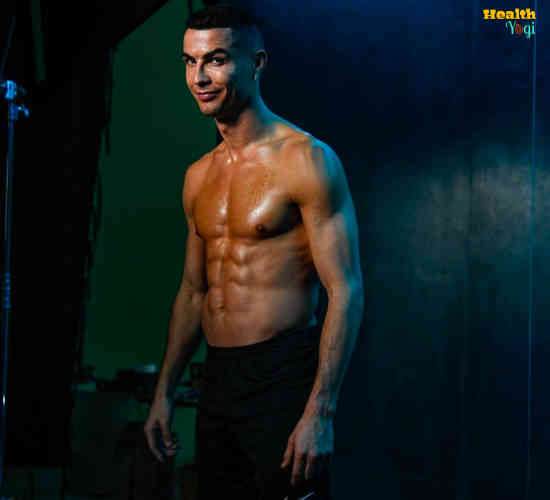 Cristiano Ronaldo Workout Routine and Diet Plan [Updated]: Cristiano Ronaldo is a professional footballer known for being one of the best players ever born. He is currently playing as a forward for Manchester United and Portugal National Team.

Ronaldo is undoubtedly one of the greatest players you will ever see, and every year, he gets better. There is a reason why Ronaldo is getting better every year because he plays so well and trains more complexly than any other footballer I have ever seen. Even Messi doesn’t train as hard as Ronaldo, where Messi defines natural talent and hard work, Ronaldo is the pure definition of hard work and dedication to be the best.

The difference that Ronaldo and Messi have, in my opinion, is that Messi is a natural, and that’s why he doesn’t have to train as hard as Ronaldo, but he still trains like a pro athlete. However, when we talk about Ronaldo, not only does he train and do what other pro football players do, but he also adds more workouts to make him the best.

Now about the updated routine, well, what I saw and read on articles and his posts. Ronaldo is still the same; he still does what he used to do but adds things and trains harder. Ronaldo is still doing a lot of cardiovascular training, adding a mixture of workouts like weight training, strength training, circuit routines, agility, speed drills, and his regular training camp practice.

Recovery is also a considerable part of his routine, as Ronaldo does so much training every day his body needs to recover regularly or else it will break apart. That’s why Ronaldo takes an ice bath almost every day after his most intense training and also gets massages now and then to keep his muscles relaxed. About the training days, I haven’t noticed how many days Ronaldo trains, but I think it’s five days to seven days.

Ronald trains intensely five days a week, and then the other two days stay active by doing certain activities and working out at home. So now, let’s try to turn this into a routine that you can follow; we will be doing a routine with five days of workout and two days of activities. The workout will get divided into two parts, and each part or session will be two to three hours long or even more. 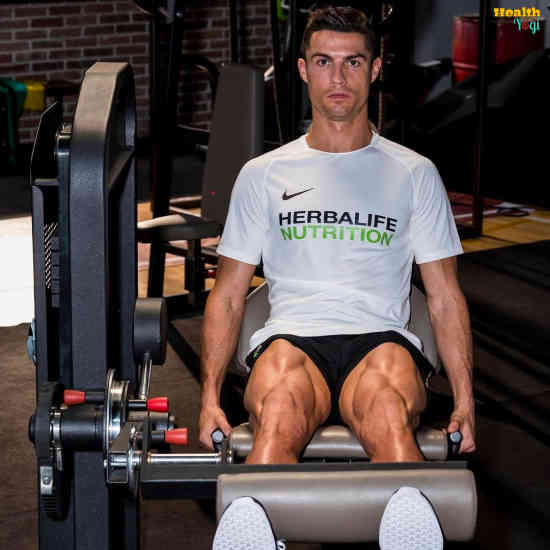 In the morning routine, we will train agility drills, hurdle drills, sprints, field running, resistance training, drills, and lastly, football practice. That’s what Ronaldo has to do to make sure his body has enough stamina and speed for a football game.

So he focuses on liner movement and multi-directional movements while also doing dribbling drills and shooting drills. I can’t tell you a lot about this workout routine, as I’m not a football player, nor have I found an article where footballers give a detailed description of the exercises in each drill. However, the long story short is that you need to do these exercises at least:

In the evening routine, we will work on our cardio workouts, train our cardiovascular muscles, and then work on our weight training. Also, we will be doing abs regularly, as training his core is one of the things that Ronaldo does a lot. So let’s get the workout started:

Two exercises Ronaldo loves and always mixes are running and hydro-rowing. So that’s what we will be doing; we will follow a HIIT training pattern for about 30-60 minutes and get one of the best workouts. You can also add in some rope jumps and other workouts to make the routine better.

In weight training, Ronaldo focuses more on training his lower body and core than his upper body. 75% of training gets based on lower body and core workout, and then 25% is where Ronaldo focuses on the upper body. However, that doesn’t mean that Ronaldo doesn’t like to train his upper body; as Ronaldo is a football, so his best weapons are his legs and core. (Not the exact routine as Ronaldo)

In the core workout, we will do a quick circuit routine which we will be doing after every weight training session. So let’s get it started:

That’s all for the Cristiano Ronaldo workout routine.

The diet plan is something Ronaldo takes super seriously and makes sure to eat organic foods that are high in protein, good carbs, and fats, with lots of fibers. In which Ronaldo consumes lots of chicken and fish, fish is one of the most favorite sources of proteins and healthy fast for Ronaldo.

He also follows a diet of six small meals, ensuring that he gets protein every three hours and other nutrients. So now let’s try making one diet plan that will help you get a body like Ronaldo. 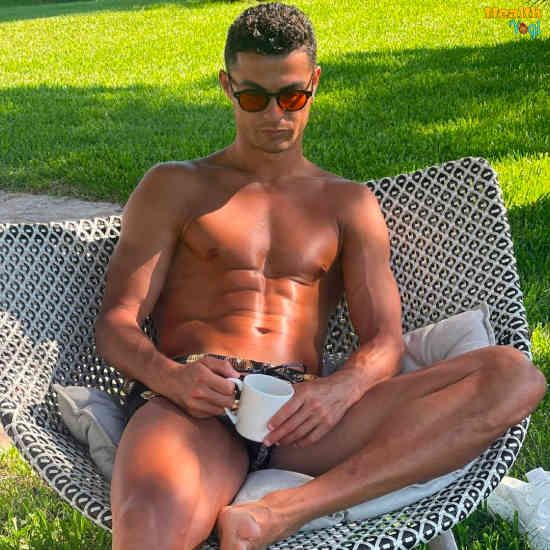 Is Cristiano Ronaldo a Vegan?

No, Cristiano Ronaldo is not a vegan and enjoys eating foods like chicken and fish.

That’s all for the Cristiano Ronaldo diet plan.