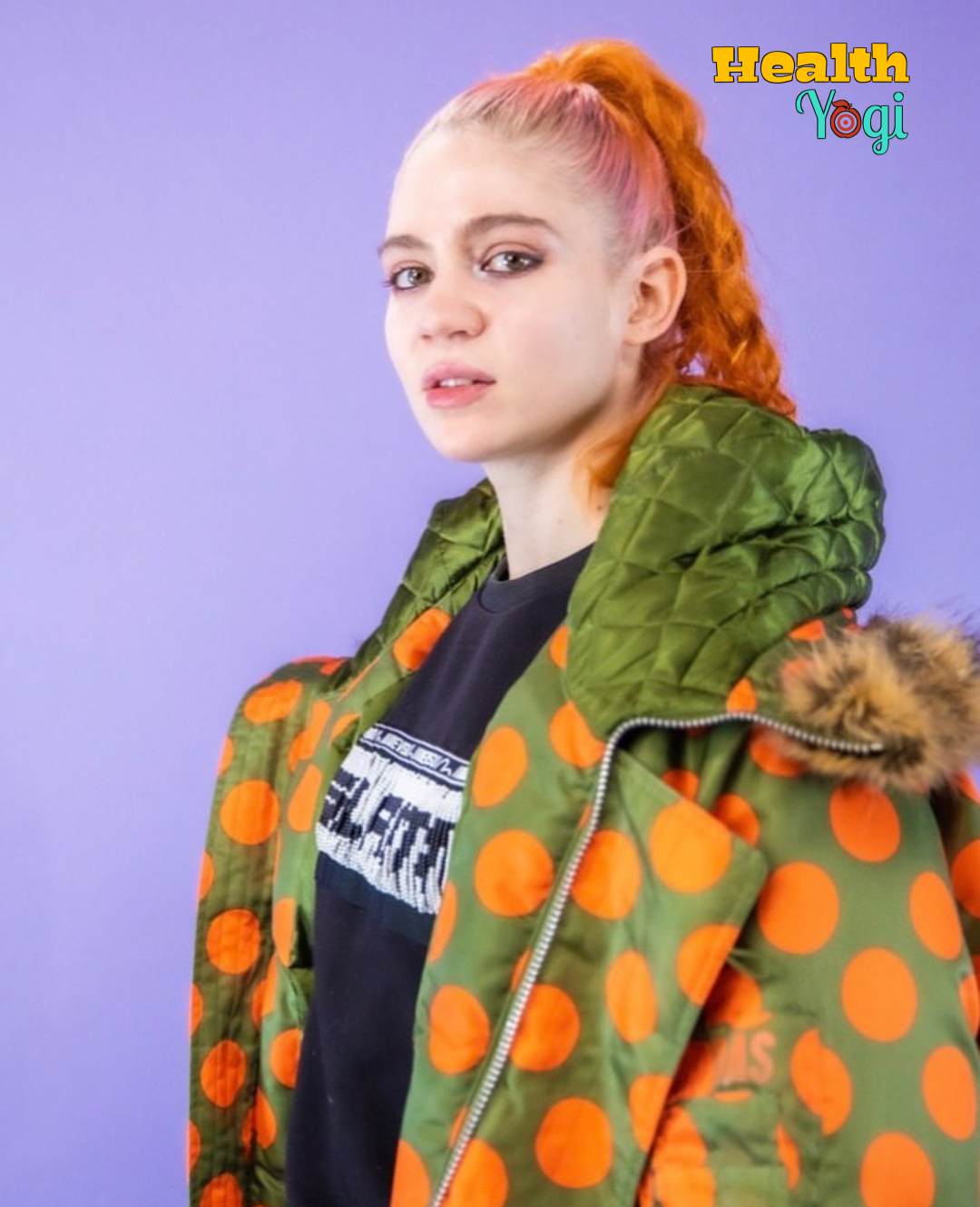 Grimes Workout Routine and Diet Plan: Grimes the real name is Claire Elise Boucher is a Canadian singer and songwriter.  She has amazing fitness due to Grimes Workout and Diet Plan. Mostly known for her relationship with the Elon musk the genius, the Multi Billionaire guy.

So yeah, she is for sure famous and she’s taking over her work too. She has been an amazing performer and actor. What is more amazing is her workout plan or routine which she said is true and if it’s true, it’s the most intense workout plan for sure without any doubt. 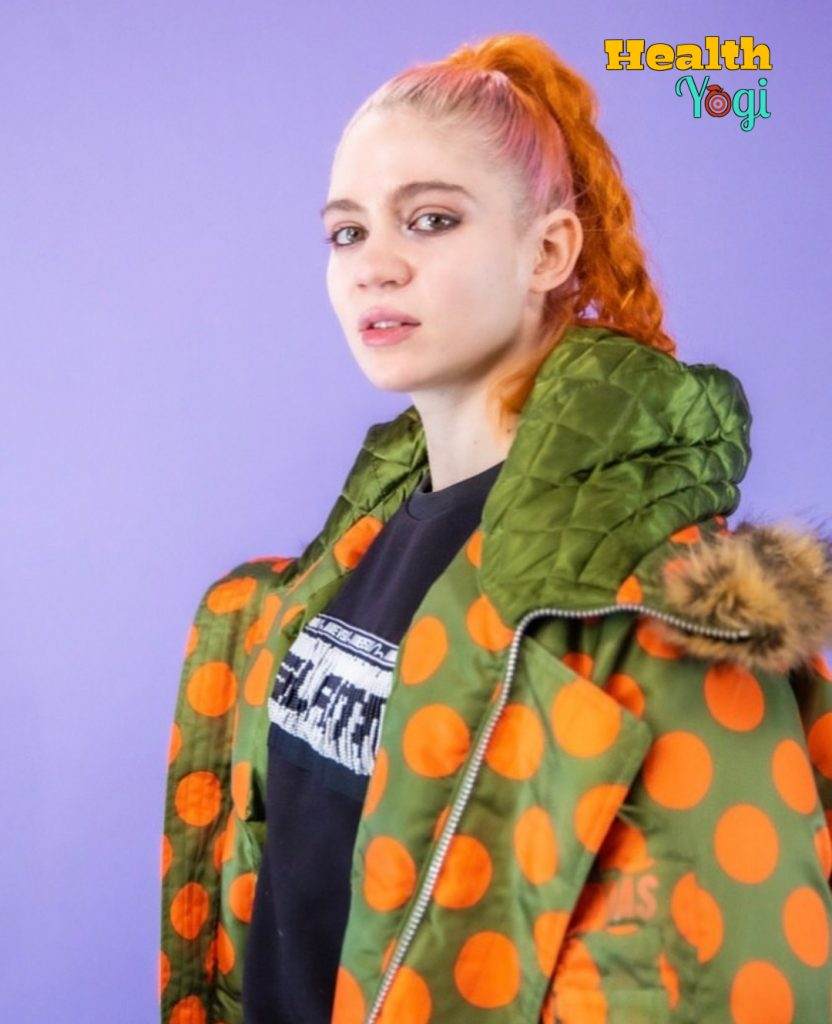 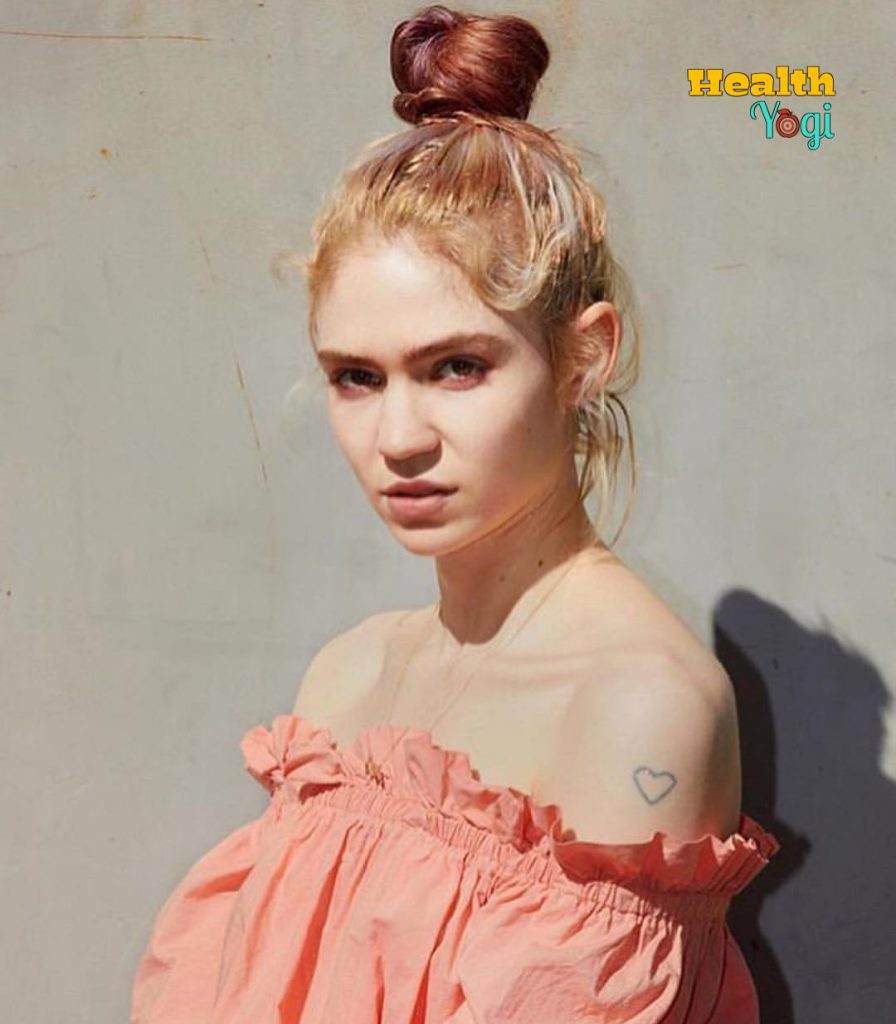 I don’t even know how to start this one, but let’s just go directly into it and we all will understand it. The Grimes Workout plan I’m gonna be talking about it’s really her workout as she posted a video revealing it, so I’m not making it up. So here is the amazing and famous Grimes workout plan.

Deprivation tanks are the tanks also known as floater tanks that contain salt in a certain amount. It is a pitch-black tank where you cannot send any light or sound it’s kind beyond my imagination but yeh. It helps with your senses and makes your senses better in some way. Often used by people for medical purposes.

Grimes like to do it for around 2 to 4 hours, which I won’t recommend especially if you do it every day. She seems like a professional floater, maybe that’s why it’s not affecting her. She said it helps her Astro glide through other dimensions like the present, past, and future. So yeah she does that for starters.

After that she goes to do lots of sword fighting, the trainer of her said that they focus on the parts like oblige, core, triceps, and arms while they are doing sword fighting. Grimes said she loves to do sword fighting and it may be her only intense workout in this whole workout routine. She trains sword fighting for 2 hours straight and every day just after deprivation tank therapy.

Once she is done with the treadmill she likes to stretch so she does all kinds of stretching, from arms to legs, thighs, core, back, neck, shoulder and all of the other stretches. She does it for around 40 to 45 minutes at least.

So yeah, back to another amazing relaxation routine. Well, this is for sure benefiting a person’s skin and removing lots of toxins and bacteria. Grimes didn’t say how long she stays in the sauna, but most of them come with a timer for 30 minutes so maybe she also does it for 30 minutes.

According to her, she and her friend that she recently Collab with, do 20 to 30 minutes of screaming session, for their vocals. I know it sounds kinda crazy but that’s what she said.

This is all about Grimes Exercise Routine.

The diet plan of Claire aka the Grimes was not revealed and never been heard of. So we can not say it surely but she does eat 3 meals that give her good nutrition. She does start off with lots of supplements like Caratein, etc.

Mostly consist of protein, with little and vitamins. She takes the chicken breast, salad, juice, protein shake, some fruits or maybe some brown rice.

Mostly chicken breast, with salad, or some kind of fruits, again rice with greens too as a side dish.