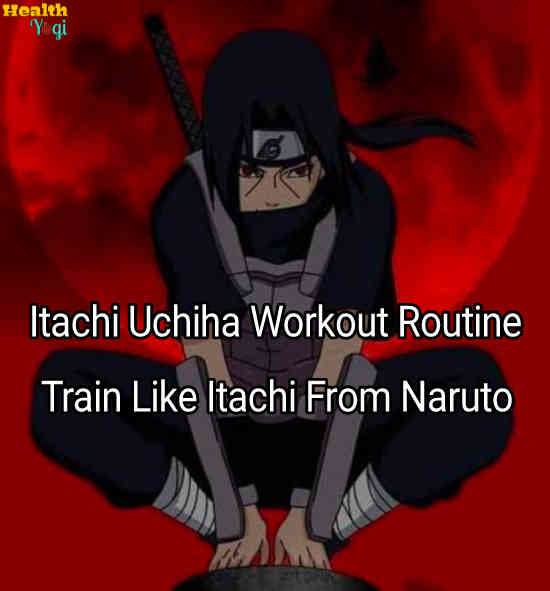 Itachi Workout Routine: Train Like Itachi Uchiha From Naruto: Itachi Uchiha is a Character in the series Naruto; I know I’m also a fanboy of Naruto, and it’s amazing how the series has taught us so many things about life. However, Itachi is considered one of the most underrated and, at the same time, most lovable characters by Naruto fans.

We all agree that Itachi was so powerful that he could have killed Naruto, Sasuke, just like he killed his clan members. Now, I’m not going to argue with you all below about if he is strong or not? For the fans that love the power of Itachi and want to get strong like him and know the Itachi workout routine, then keep reading.

Itachi was considered the most potent character after Madara Uchiha, who was also from the same clan as Itachi. Itachi gave up his life while saving many things; he has the story where he got hated by everyone and ended up getting loved by everyone. Itachi went through some hard stuff in his life that not everyone in the series went through.

As the saying goes, behind every negative character, there’s a past that makes him who he is in the present. That’s how all of the Naruto negative characters played out; they had a sad past that killed the happiness inside them. Now about the power of Itachi and how to get it, we need to understand his powers’ basics.

The power of Itachi includes doing a lot of things with his extraordinary eyes that every Uchiha clan member gets. The Sharingan later evolves to greater power which Sasuke uses in the series of Baruto. Itachi is also considered the best Genjutsu users in the whole series, even better than Madara at some point. Also can control the chakra to call out black flames that can turn into the spirit, almost like Naruto.

So all of these powers are developed by two essential things; the first one is your ninja training or Ninjutsu. The second training is more mental training through meditation and learning chants and hand gestures to activate the chakra. So that’s what we have to do, so for the Ninjutsu, the closest thing you will see these days is free running.

You can’t learn to be a ninja anymore, as the last remaining ninja will also be dead in a few years. So free-running helps you with that. You might need another workout that I will explain in a few. You cannot take a day off from training, like a real ninja train every day. So let’s get into the workout: 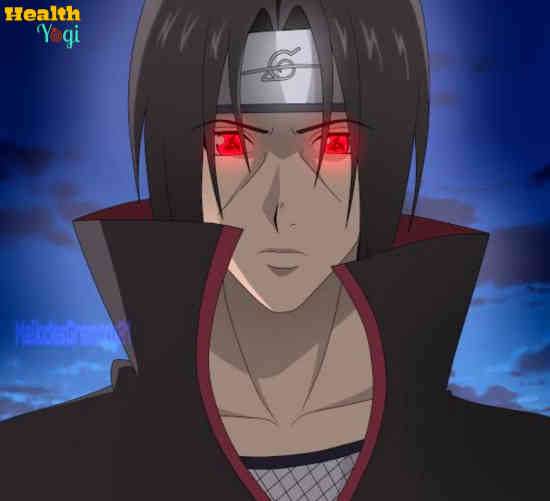 The things that you might want to do to get closer to the body structure and physical abilities of Itachi are free-running and Calisthenics. These workouts get connected to nature and your body. It doesn’t involve any equipment and let you control your body and train it as a ninja would.

You can do both of the workouts together and mix it up and train your body for two hours a day. Also, try adding some resistance once it becomes too easy for you, like with your friend’s help, or you can get weights if it is easy for you. However, that’s when you are at a professional level of Calisthenics.

The last thing that will help your mental fitness, help you get inner peace, and improve chakra balance is mediation. Start with whatever duration you feel comfortable with, and then slowly increase it week by week to as much as you can. This workout is more like the healing of your body and mind. Which, in reality, helps with your chakras in your body.

That’s all for the Itachi workout routine.