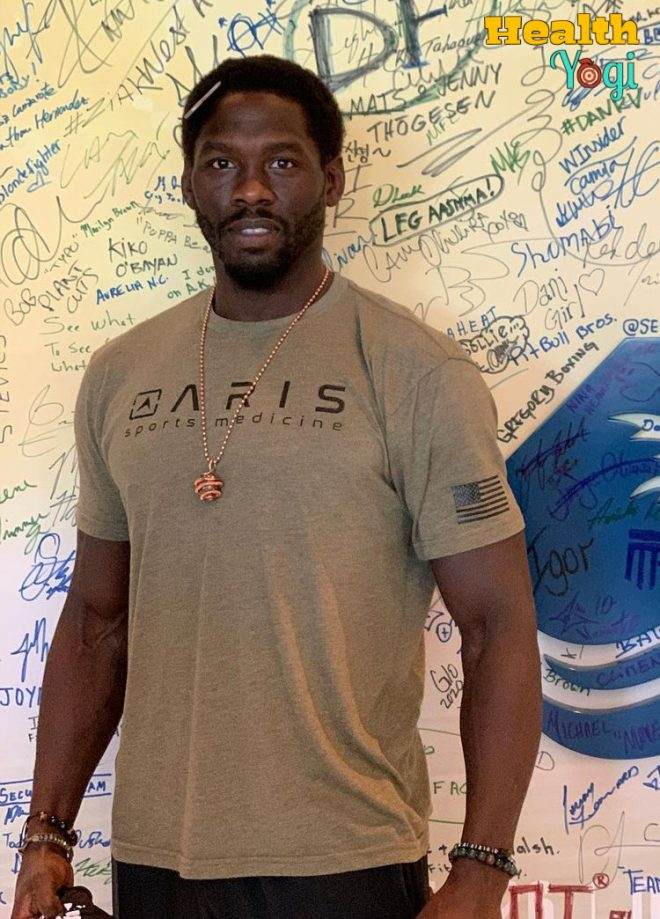 Jared Cannonier Workout Routine and Diet Plan: The Annual International Fight Week of Ultimate Fighting Championship is around the corner and the limelight found its way to the star champions of the year. Ultimate Fighting Championship is a premier Mixed Martial Arts promotion that organizes matches and garners huge revenue and eyeballs year after year. These MMA sessions are called fight nights. With so much public attention on the upcoming UFA Annual International Fighting Championship, we at Healthyogi tried to reap some useful content for our consumers in the training routines of your much loved UFC fighters.

One of the most sought-after matches of this year is UFC 276 between middleweight MMA fighters Jared Cannonier and defending champion Israel Adesanya. Both of the fighters will be looking to clinch the middleweight championship in the final fight scheduled for July 2. This post will try to focus on the diet and workout routine of  Jared Cannonier and his specific requirements as a fighter and how he meets them in order to stay at the top.

Cannonier recently starred in top finishes from 2022 on the official UFC YouTube channel for a  brutal kick-off against fellow Americans Mixed Martial artist Derek Brunson that easily made for one of the most celebrated moments of his career. 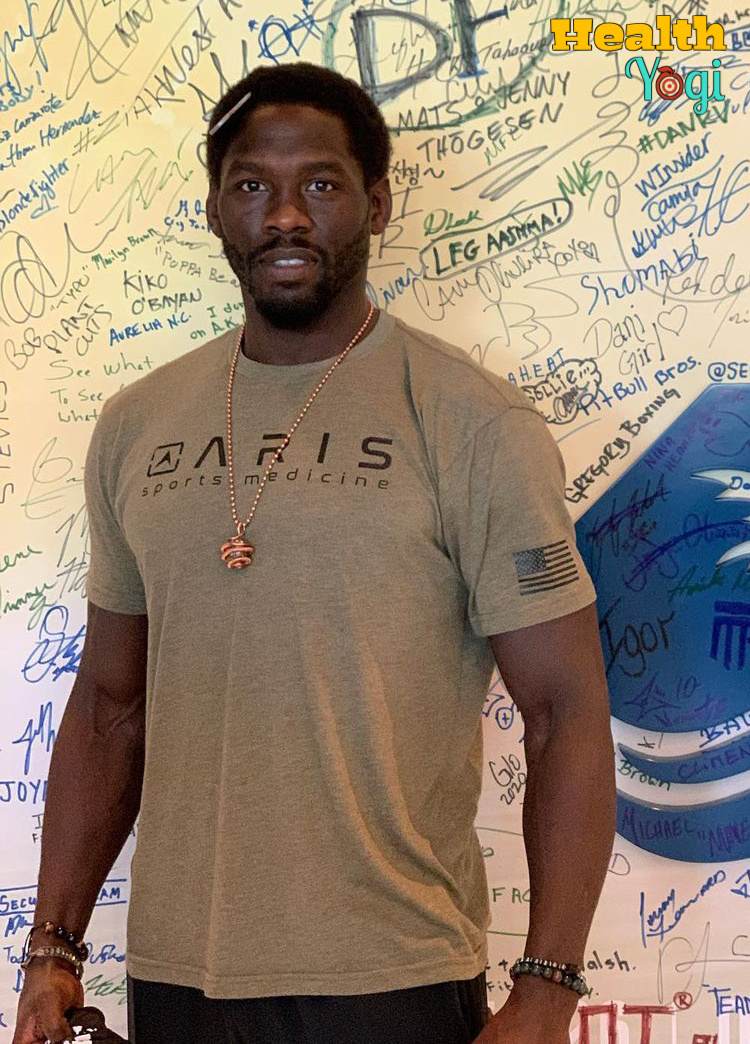 The workout routine of every professional Mixed Martial Artist is brutal, taxing, and very difficult to replicate for a common fitness enthusiast. So we would recommend you to not exhaust yourself in trying to replicate the routine; rather you are advised to take some cues from their workout routines that can fit into your fitness goals and body type. Jared Cannonier shifted from the heavyweight category to the middleweight category after 2018. In a 2019 video where he seems to be on the journey of climate down to the middleweight category, we get a look inside his gym time. 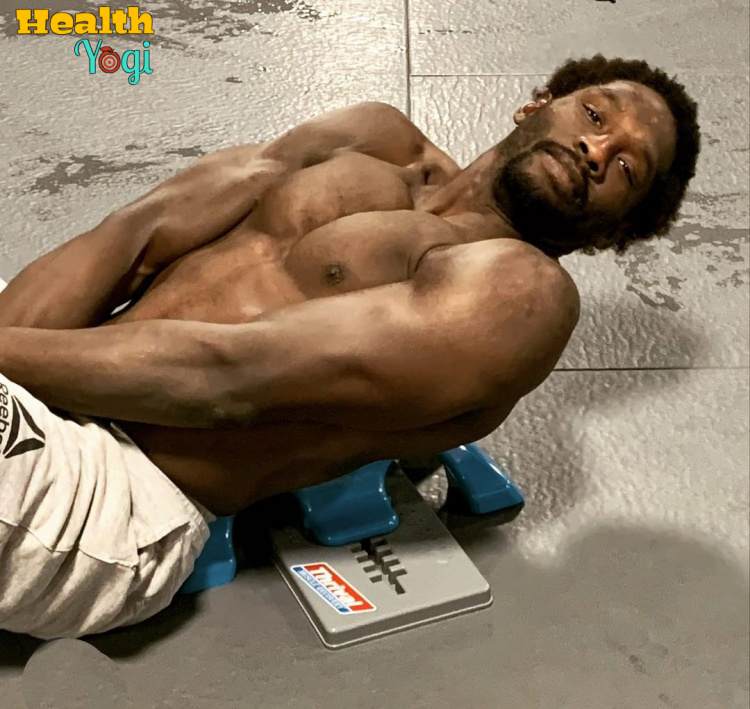 Cannonier’s warm-up seems to start with rope Skipping and a quick 5-10 minute session kickstarts his workout.

Jared’s cardio is mostly done through the elliptical trainer. A good session on the elliptical trainer is excellent for stamina and cardio capacity. Additionally, it enhances fitness after injury, improves balance, strengthens Leg muscles and it is an overall workout for both the upper and lower body. All of these benefits come highly handy for an MMA match. We would suggest you to involve yourself in any sort of cardio workout, even dancing or running; and eventually, increase the workload for the best benefits.

The training itself for the professional match is a great workout for a normal person like you and me. It has been reported that Jared lost over 100 pounds to fit into the middleweight category and he would get up at 3:30 in the morning and go for a run or gym workout. In the night he used to train in MMA ferociously. Jared also loves to ride AirDyne bikes for hours, an additional cardio option for you. You can include MMA in your workout sessions at least two times a week and you would observe increased strength and good cardiovascular health.

Recovery ensures proper results and consistency. In a recent post on Instagram, Jared shared that he prefers Ice baths for recovery. You can also add ice baths through barrels or otherwise, in order to recover quickly.

This is all bout Jared Cannonierworkout routine.

Diet is perhaps more important when one is eyeing the weight loss game. Jared says that to achieve such a massive shift he had to be particularly strict regarding his diet. But Jared also gave us a good look at his diet plan while losing 100 pounds and what his preferences are in that respect. 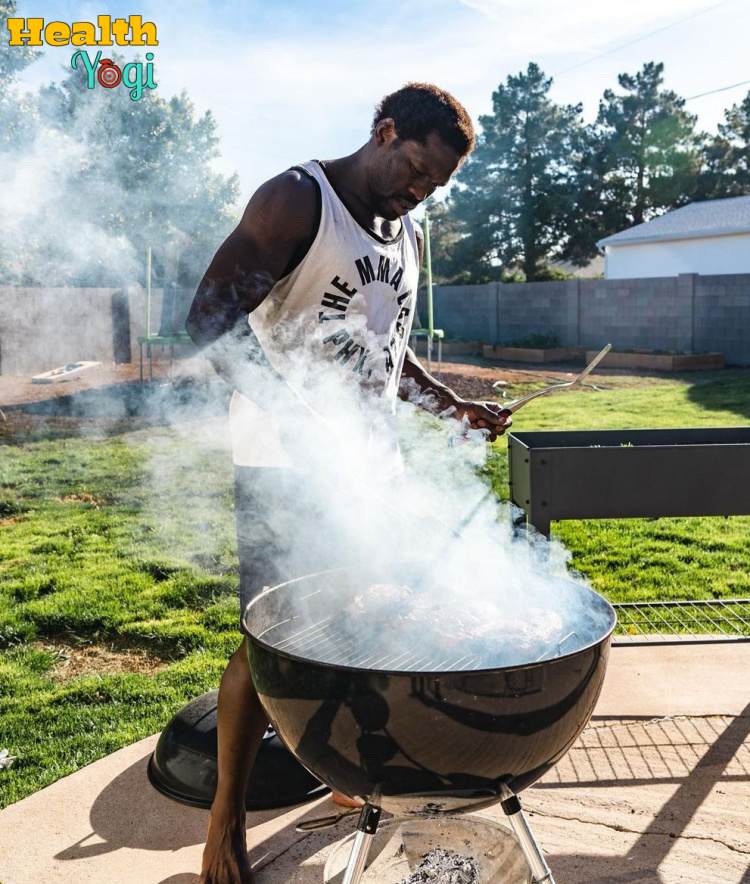 No, as of now Jared Cannonier is not vegan.

But in an interview with ESPN, he revealed that he prefers being vegan and plans to eventually turn vegan. He also revealed that eating dairy or steak makes him feel heavy but as of now he is not vegan.

When Jared was fighting in the heavyweight category, his diet leaned more toward the steaks, chicken, potatoes, rice, and other foods of such bulking nature. He also had a preference for Mexican food. So if you are trying to bulk up a little, this diet may help you.

When Jared was training to be in the middleweight category, his food was more focused on fruits, oatmeal, soups, and salads. He also included light meats like salmon and tuna with a lot of vegetables in his diet regularly. We would also recommend you carefully analyze how your body reacts to the food that you put into your system and not follow trends and tags blindly. In a recent Instagram post, Jared has shown his love for a good barbequed steak though, and he seems to really love them.

Following is a diet plan that we have prepared for you if you are eyeing a good weight loss. It is inspired by Jared’s fitness regime. We recommend you to combine it with light consistent workouts.