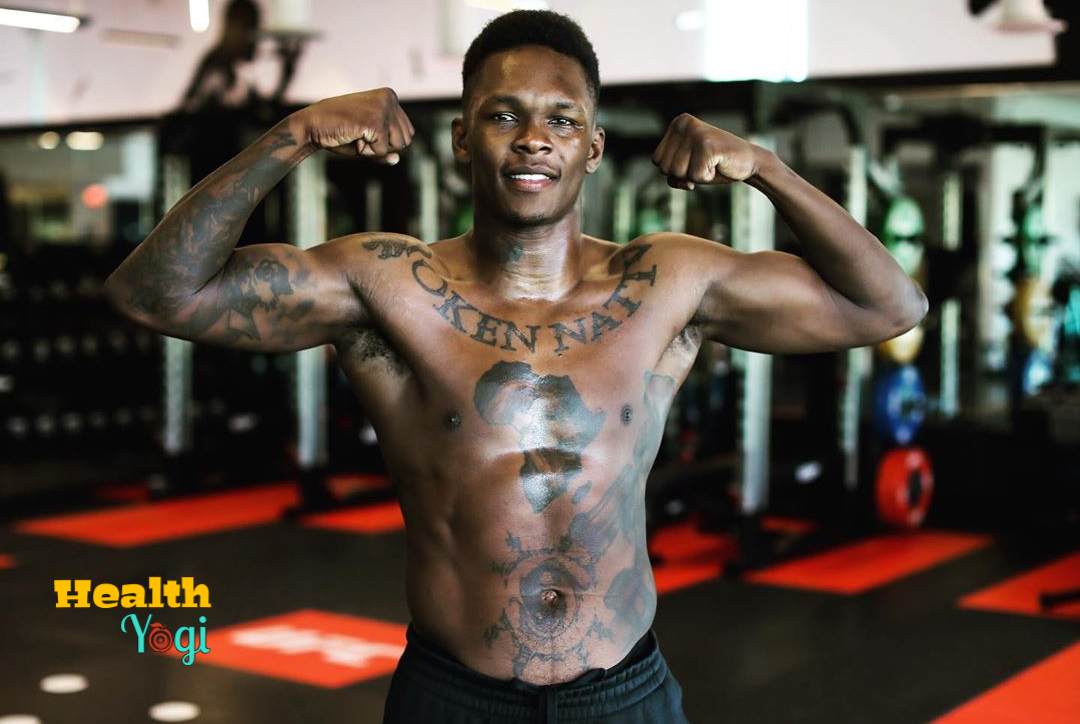 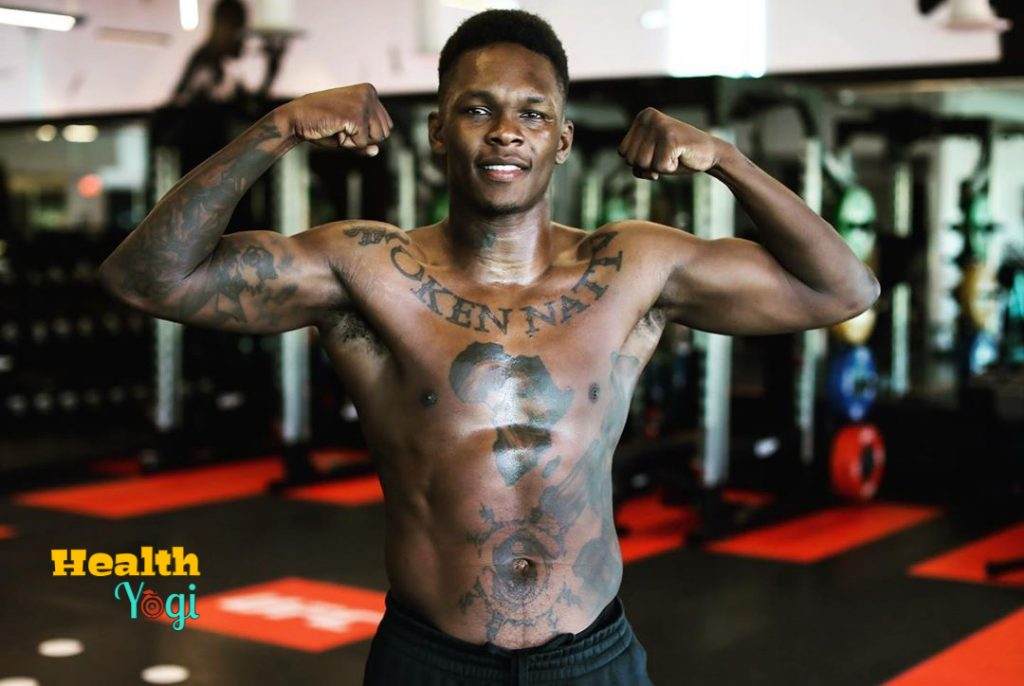 I did a lot of research on Israel Adesanya workout plan and watched many videos as well to figure out as much as I can, in the workout plan of the middleweight champion of the world. So his workout depends mostly on how he is feeling today, he has this omega wave activity tracker that you attached to your mind and heart. 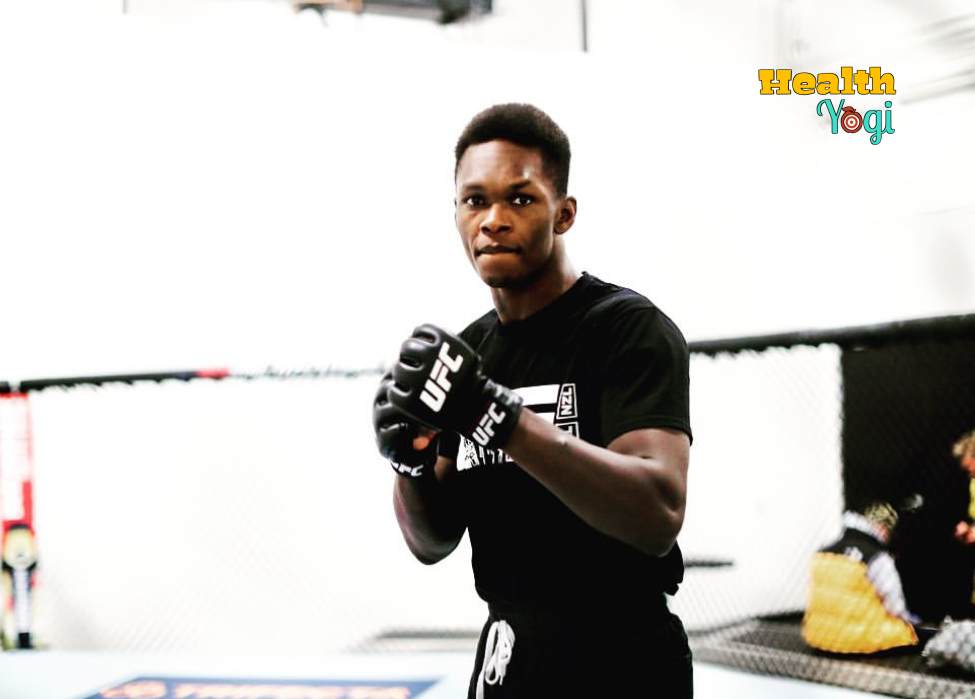 Later that tracker sends many omega waves through your whole body and then in a few minutes it tells you how your body is feeling today and how much harder you can go on daily activities.

So that tracker is the biggest reason for his amazing health. If he’s feeling good then he will just go and train as much as he can, if the activity tracker tells him he’s not in good shape for today he will workout less and light stuff only.

The most important part of Israel Adesanya workout training is his MMA sparring and that’s what he does. You will not see Israel Adesanya lifting a lot of weights in the gym.

He totally focuses on his fighting ability and that what keeps him at the top of his game. So the MMA session is a mix of all the things that he does like you will see him doing the punching, adding kickboxing a lot and other things as well. 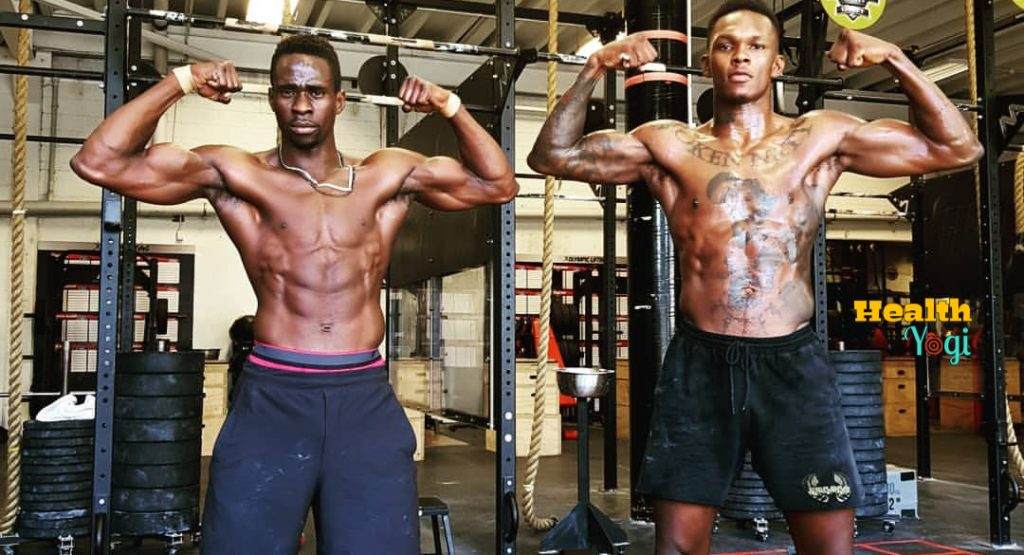 More about Israel Adesanya exercise plan, This is what Israel Adesanya likes, in one of his interviews he said that shadow boxing is like a part of me it’s kind of like a turret that just comes anywhere and anytime.

He just does it without even realizing it, while pumping gas waiting or while resting his body starts to shadow box himself. So yeah this is the thing that he really likes and it’s a part of his regular workout routine.

Israel Adesanya loves wrestling, the wrestling part always comes in the evening training of his day and that’s when he gets serious. According to Israel Adesanya wrestling is the best thing, he just loves learning wrestling things like how to grapple and how to switch the position and hold other players. All the things about wrestling excite him. So he will be in the gym practicing drills, techniques and all other moves for hours.

This is all about Israel Adesanya workout routine.

Israel Adesanya diet plan is just having 3 meals max a day, as he’s always training in the gym he only gets time after the training ends. So you will see Israel Adesanya eating 3 big meals and working out every day and that’s it. 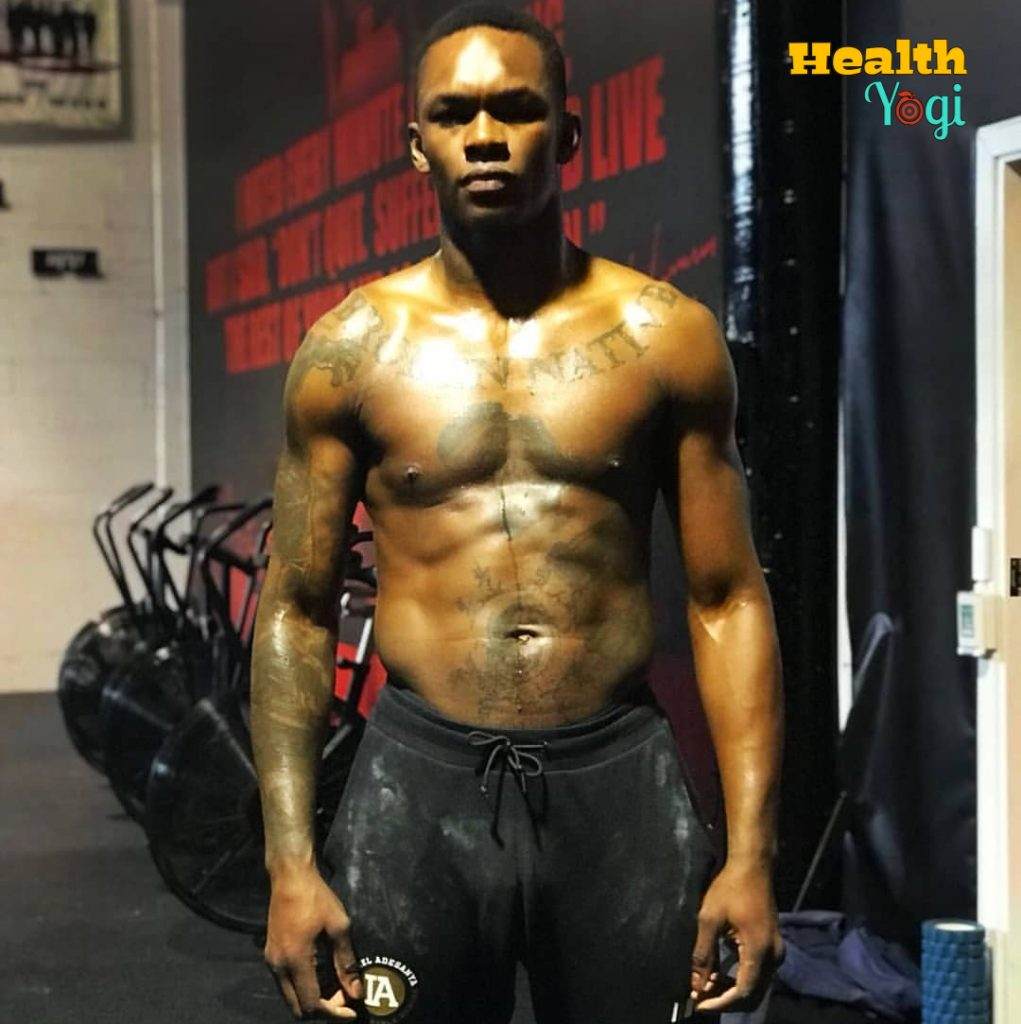 Another thing that he recommended is that you drink a lot of water, he drinks gallons of water to make up for the water weight he lost while sweating and also to keep himself hydrated.

For breakfast, Israel Adesanya doesn’t really eat much, just some fruits and coffee.

The lunch comes after the first training session ends, in this, Israel Adesanya usually eats what he wants there is no need to think about calories for Israel Adesanya. The workout itself is so brutal that he can digest anything he eats. So usually he pick-up food from restaurants.

The dinner is the last meal of his day when Israel Adesanya is tired and done training. He likes to eat Chinese food so he will go and pick it from any restaurant and that’s what he eats. This is what meal in Israel Adesanya diet for dinner.

Israel Adesanya eats fewer calories and healthy foods like chicken breast, some veggies, juice, rice and stuff like that.

This is all about Israel Adesanya diet plan.