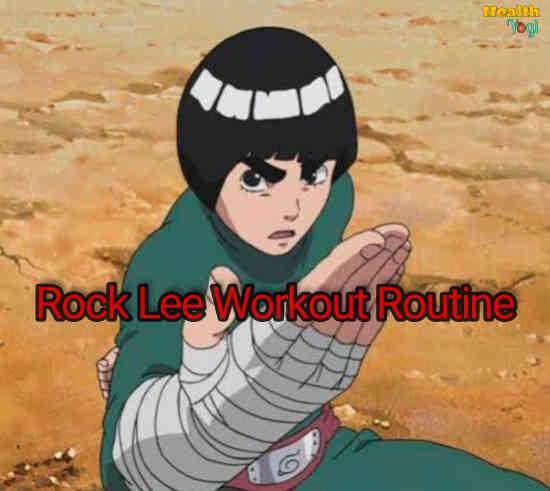 Rock Lee Workout Routine: Rock Lee is a fictional anime character in the series Naruto and Baruto. It’s one of the most basic yet overpowered characters ever made in the Naruto series.

The concept of Rock Lee having pure strength from their body and not knowing how to do any ninjutsu is incredible. That’s why the audience always had a respect for Rock Lee, and if you also want the Rock Lee workout routine, keep reading.

Rock Lee is one of the characters you would see in real life when you go to Shaolin temple and check out some trial artists. That was the basic concept behind the creation of Rock Lee in the Naruto series when he was the only one in Hidden Leaf who has no talent for Genjutsu or Ninjutsu.

That made Rock Lee impossible to become a ninja in a way, but thanks to his teacher “Guy,” who helped Lee to be so strong naturally that he could beat most of the Ninjutsu and Genjutsu Ninjas. So how does Rock Lee got intense, and what was his training routine that helped him become such an overpowering character?

Well, to find that out, let’s see his abilities; Rock Lee excels in close combat and hand-to-hand combat. He was so strong in martial arts and had the stamina like an athlete that even if Naruto and Sasuke fight Rock Lee without Genjutsu and Ninjutsu, they will lose. That’s how much overpower Rock Lee is when it comes to pure strength.

We have seen Rock Lee constantly training by doing punches, kicks, martial arts, doing runs, etc. His workout is purely natural, and to get the maximum results, Rock Lee wears additional weight belts on his ankles, waist, and wrist. Each of them weighs over 185 pounds. So you can imagine why he was so fast that even Gara was not able to beat him.

So to train like Rock Lee, you will need to focus a lot on your natural strength; anyone that tells you to do weight training like a bodybuilder is wrong. We will be using lots of ankle weight, also doing a total free-body workout routine. The training will go on for six days a week and will rest for a day. 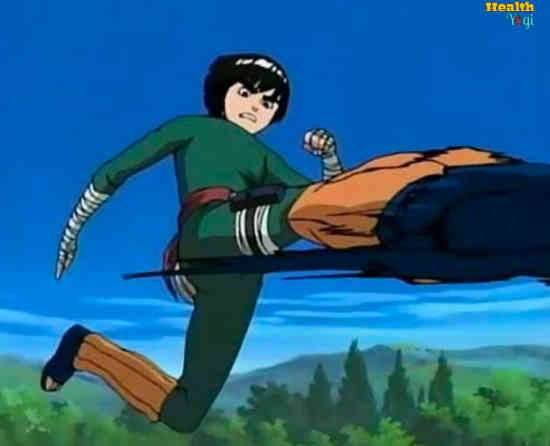 Starting with running, you will be doing 30 to 45 minutes of jogging or running six days a week. It is an essential part of Rock Lee training, as you will need to gain stamina.

Once you get comfortable running that much distance without getting tired, start adding ankle weights to get a workout like Rock Lee. Remember that Rock Lee used to wear those weights every time. So you can at least wear them while working out. However, if you are not comfortable, then no need to force yourself.

Rock Lee had only one fighting style, and it was Martial Arts, so I can’t tell a lot about this workout. But, as you will need to join a Martial Arts gym, Chinese martial arts would be the best approach to get a Fitness like Rock Lee. So you can join a nearby martial arts gym and start working out an hour to two hours a day for four to six days a week.

The last thing you should add when you are free is doing push-ups, kicks, punches, pull-ups, etc. We have seen Rock Lee doing them whenever he fails to do something, which was his way of getting even more vital. So try to do at least 100 repetitions of these workouts whenever you can.

That’s all for the Rock Lee workout routine.