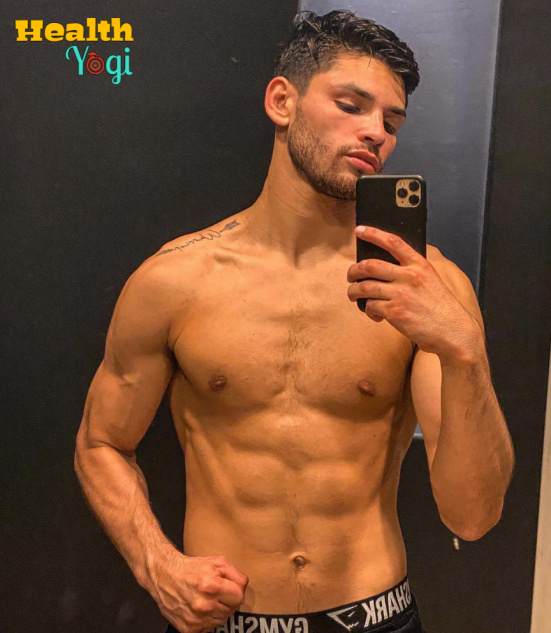 Ryan García Workout Routine and Diet Plan: Ryan García is a professional boxer and current WBC lightweight champion. In this year, Ryan has been ranked the third-best light pro-boxer active in the ring. Ryan García is doing quite a lot, and he’s rising to fame day by day.

He also holds a record of 20-0 with 17 wins by Knockouts. Ryan García is the guy to look up to in the boxing field, so if you also want to learn the Ryan García workout and Ryan García diet plan, then keep on reading.

Ryan is a professional boxer and a champion, so his workout is intense and not advised for beginners. Ryan focuses on doing different weight training, strength training, lots of core workouts, stamina and endurance training, Boxing, and daily cardio. Those exercises are what keep him in top shape and make him the best lightweight boxers. 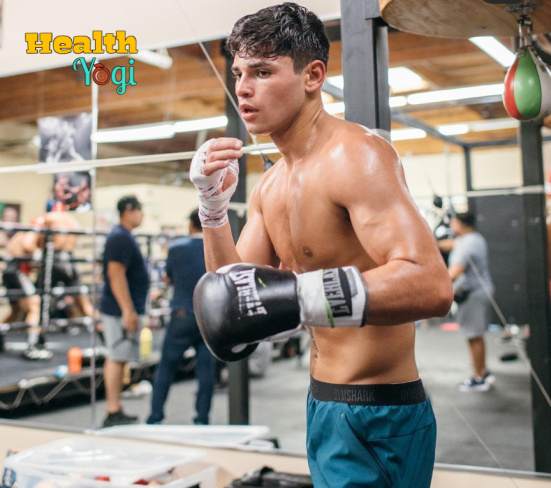 Ryan stated in the interview and even told lots of people some of the things he does in the workout. Ryan García even has his youtube channel, where he keeps people updated with his training and schedule of what he is doing. As he even stated that Boxing is not just a sport; it’s also a business for that; it’s necessary to be active on social media and keep your name running. People will recognize you and want to see you more.

Ryan even shared this reflex bag training video that you can check, where he shows why he’s the best and undefeated. However, during the lockdown, Ryan worked out at his home, mostly with the equipment he has.

In this Men’s Health article, you can see Ryan and his trainer giving some of the workouts Ryan does when he’s at home. So it’s a workout of four circuits, and each one is there to increase Ryan’s skills and boxing reflexes. So let’s check it out. 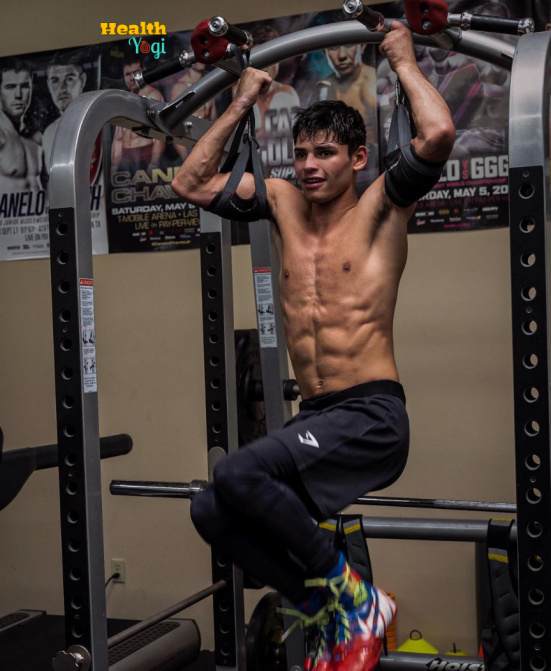 In the Muscle and Fitness article, we can see how the typical training day of Ryan Gracia looks regularly. They have mentioned that Ryan wakes up early and then goes for 5 miles run at 6 am. After that, at 11 am, Ryan goes to the gym and trains in Boxing for two hours, and in the evening, Ryan focuses on other workouts like strength, agility, weight, etc., with his trainer and ends his day around 10 or 11 pm.

That’s all for the Ryan García workout routine.

Ryan García mentioned in the same Muscle and Fitness article, where he said that it’s not easy being 5 ft 11-inch and keeping 135 pounds weight. Ryan also stated that he stays away from carbs most of the time, and sometimes he eats healthy carbs but every day. 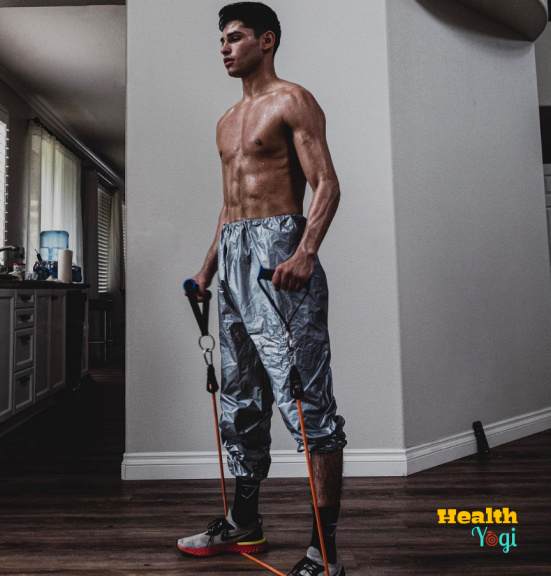 His diet starts with a post-run protein smoothie or coffee with grapefruit. Then he eats some breakfast and goes to the gym. After that, his lunch mostly contains eating chicken or fish with Brussels sprouts. However, sometimes he does have rice and sweet potato, but that’s just sometimes.

There was not much about his dinner. However, I’m sure it would be chicken and veggies with maybe some salad. Most of the food he is allowed is just protein and a meager amount of carbs because of weight maintenance. When you are following this, make sure to keep the fluids and water amount relatively high.

That’s all for the Ryan García diet plan.