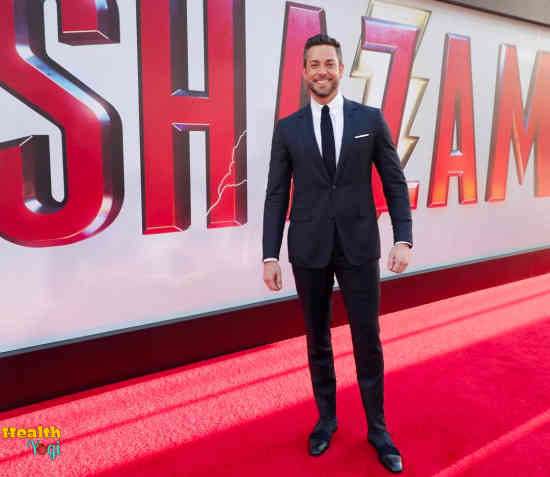 Zachery Levi Workout Routine and Diet Plan: Zachary Levi is an actor, singer, and comedian known for his role as a superhero Shazam! Zachary has also been in movies, and TV shows like Chuck, Tangled, Thor: The Dark World, etc.

Zachary, after the role of Shazam, has become a fitness inspiration for many teenagers and even young adults. So if you also want the Zachary Levi workout and the Zachary Levi diet plan, then keep reading.

Zachary is one of the actors that you will see in most comics and animated movies, as he rarely chooses to do superheroes or action movies. However, since he did the movie Shazam, his fan following has increased like crazy, and he is now one of the DC actors who people look up to for body shape.

I think Henry still has a better body, though, haha; well, that’s my personal opinion and also because I’m a huge fanboy. However, you can not deny that Zachary gained a lot of weight and muscles to get into the shape of Shazam. Even though the suit does make him look more bulked up than Zachry is in real life, his body is something else.

Zachary’s months of training can get seen in that, and we will soon see Zachary even in better shape in the next Shazam movie. Let me tell you now that I don’t have any idea about his Shazam 2 workout. As it’s not started yet, I think even shooting hasn’t started yet. So I will be giving you a workout that Zachary did for the first Shazam movie.

I found an article by Men’s Health where they asked Levi himself about how hard it was and the struggle that Zachary has to endure to get that body shape. That’s where Zachary stated that he needed to work out and train for 18 months with different trainers to get into a healthy and natural body that we all see in the movie.

The suit indeed makes him look bulkier, but the muscle is not fake; the suit gets designed in a way that will make him look in his best shape. Now about the workout, Zachary was training for 5 to 6 days a week, focusing on different areas of his body. It was not just about bulking up; it was in the physical state of a superhero and not just looking like one. 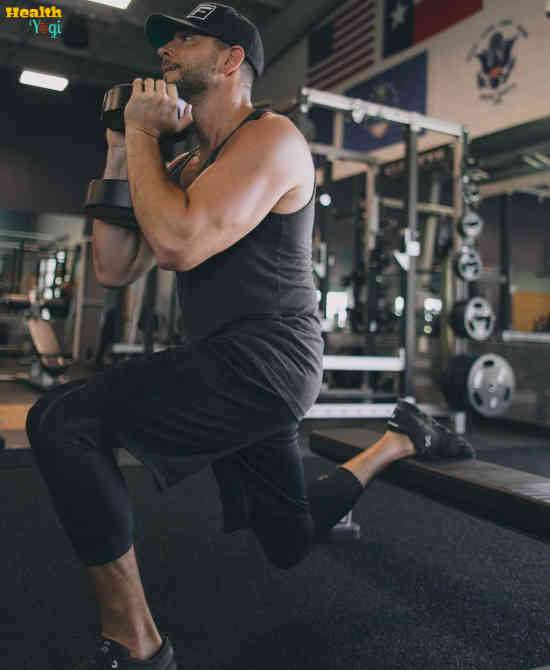 So there were lots of Kettlebell workouts involved. The heavy lifting was like an everyday thing; it was just like how other heroes train. Start with weight, lifting heavy, and eating heavy, then switch between heavy lifting with low reps to lightweight with high reps. One of his trainers even have how he divided Zachary workout:

However, Zachary has worked with different trainers, so his workout was not identical for long. However, I recommend adding on exercises like deadlifts, farmers’ walks, tire flips, Romanian sumo deadlifts, stiff-leg deadlifts, etc.

That’s all for the Zachery Levi workout routine.

Zachary mentioned that he was eating clean and eating around 3.5k to 4k calories a day. That was when he wanted to bulk up, but to get cut and ripped, he indeed switched up to a 2.5k to 3k calories diet filled with protein, carbs, healthy fats, etc.

Zachary also loves to eat thin crust pizza once in a while as it’s all he needs for his cheat meals. Other than that, there was not so much about his diet, so I guess I will give you a diet that will help you get a body like Zachary. Also, it will be a bulking and weight-gaining diet, not for getting ripped and lean. 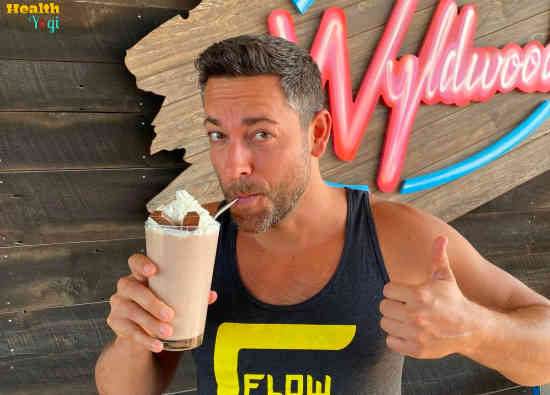 That’s all for the Zachary Levi diet plan.