Orlando Bloom Workout Routine and Diet Plan: Recently Katy Perry filmed a video of her fiancee, The Lord of the Rings star Orlando Bloom, which has everyone on the internet gushing over his chiseled physique even on the verge of late 40s. The actor is best known for Pirates of the Caribbean : The Curse of the Black Pearl; and has sustained both his limelight and physique.

Altogether the actor has been able to truly live up to his fitness schedules and makes up for one of the most aspirational dad bodies. So in this post, we will look at his workout routine in general and come up with the Workout tips that seem to be working like magic for him. 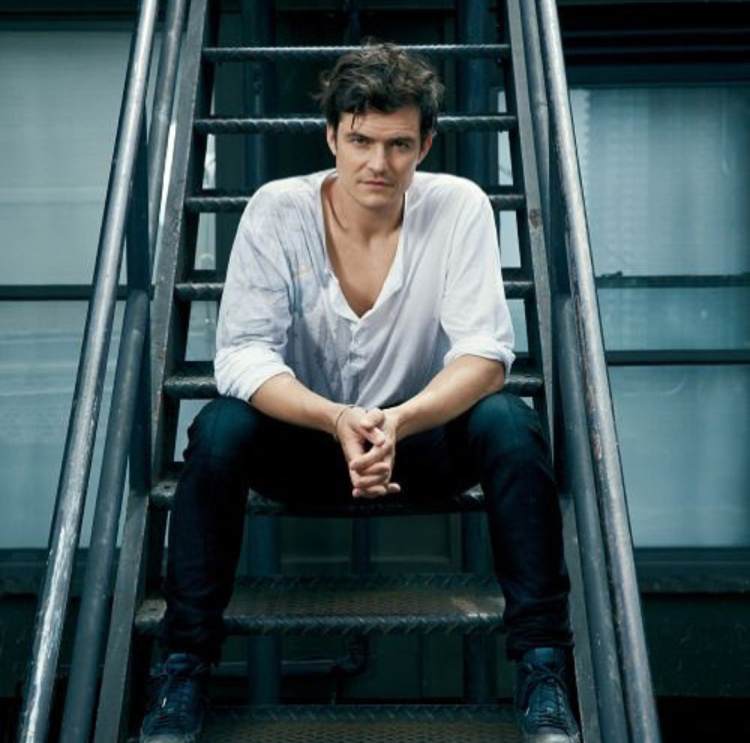 Orlando’s workout routine is very much athletic and involves a range of exercises that change on a frequent basis to avail a full body workout targeting every muscle.

He even uploads his workout routines on his social media pages doing insane training.

The actor swears by water Workouts especially weights underwater. He has been talking about it at various talk shows. Underwater Weight training is getting a lot of popularity in recent trends, with SPORTS FITNESS reporting that it improves core strength, and cardiovascular health while also working on stress release and muscle strength. Orlando likes to lift inside the water and does so while exhaling inside the water which makes the training even more intense.

In that sense, exercise is quite effective for long-term fitness. You can try that too.

Orlando seems to be a water child, with his very frequent visits to beaches and even more frequent beach workouts that he is often papped doing, the actor is quite involved in water training and swimming. Swimming is an exercise that gives you strength and stress release. It’s relaxing as well as physically toning at the same time.

So you must definitely try to include Swimming sessions in your workout routines.

The actor quite recently shared a good intense gym session on his Instagram page with his gym buddy, i.e his pet Buddy. Here he did Deadlifts, Barbell Rows Weighted Dips, and other common pretty intense exercises. In another video, the actor showed himself off doing a hundred Pull-ups,100 leg raises,200 Pushups, and 400 squats. All this makes him a complete gym beast. These exercises are pretty common, Easy, and yet effective. You can add planks for the core strength. All together the exercises add a good amount of resistance training in

Orlando’s workout routine and other requirements he manages through his regular outdoor sessions, be it beaches or hiking.

The actor is seen hiking quite regularly with his family, i.e his fiance Katy Perry and their 1-year-old daughter Dove. Altogether the actor seems to enjoy his hiking sessions a lot too. Hiking improves your overall strength and sense of balance while specifically working on your lower body strength. It also improves your respiratory and cardiovascular health while promoting bone strength. So you too can get yourself fitter and get lean muscles through Hiking.

The actor is also seen running and jogging on the beach quite often. He can be seen using a treadmill in the gym too. Running thus forms a staple part of his workout routine and better health.com calls it a weight-bearing exercise that builds muscles. It also burns a lot of calories, helps maintain weight and improves cardiovascular health. All together we want you to run for your health. Just take care of progressive overload to gain the most benefits.

A quick search among media outlets reveals that the actor prefers a 90% plant-based diet and several fitness pages describe him as semi-vegan. 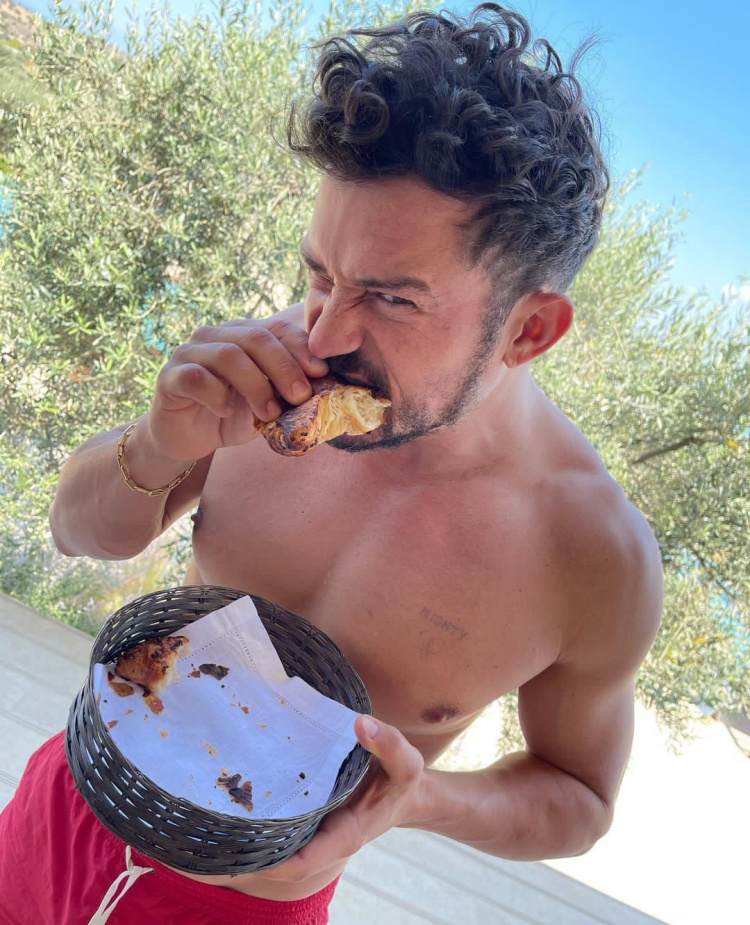 No, he is not completely vegan and tries to maintain a 90% intake of a plant-based diet.

For example, for a role, he described that he had to eat a goat to get bulked up. In fact, he also eats Red meat once a month.

One thing about Orlando’s eating habits is his rather strict adherence to diet plans, which can be discerned from the absence of any social media posts on food or restaurants.

Mens Health reported that Orlando is almost always seen with a water bottle which means he takes good and active care of his hydration levels. Hydration is important for the long run health of your body, especially your skin. And it seems Orlando definitely makes conscious attempts to maintain that.

His day starts with Green Powders, brain octane oil, and Collagen Powder, and then he completes his workout after which he has his Breakfast.

His breakfast is usually plant-based with Porridge, Hazelnut, plant-based milk(usually hazelnut),  Vanilla paste, Goji berries, and protein powders. His love for animals has made him vegan though he sometimes enjoys red meats.

That’s all for Orlando Bloom’s Diet.